You are at:Home»Main News»Sithokozile Chamisa : The woman who would be Zimbabwe’s First Lady

HARARE – At his final rally in front of hopeful multitudes, Nelson Chamisa showcased the woman who would be the First Lady of Zimbabwe, if he wins Monday’s election.

Sithokozile Chamisa has not been seen at any of the 80 rallies so far, as her 40-year-old husband crisscrossed the country preaching a message of hope and transformation. 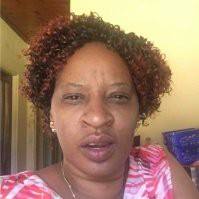 He recalled how they had met, at a birthday dinner for the late former MDC spokesperson Learnmore Jongwe’s wife, Rutendo, in 2000.

Chamisa, then the secretary general of the Zimbabwe National Students Union (Zinasu), said he had borrowed a vehicle – a Nissan Hardbody – from Tapiwa Mashakada, now a senior MDC figure, to go and impress girls at college.

“Rutendo said I’m introducing you to my cousin, and when I saw her I thought to myself, this is a woman to settle down with,” Chamisa said.

“I had no cent to my name and she repelled my advances. She said I’m a lawyer, you know. I said I’m a lawyer too. Which university did I go to, she asked. I said I haven’t enrolled to study law, but I will,” he added to laughter from the crowd.

The courtship went on for six months before she relented, he revealed.-Zimlive