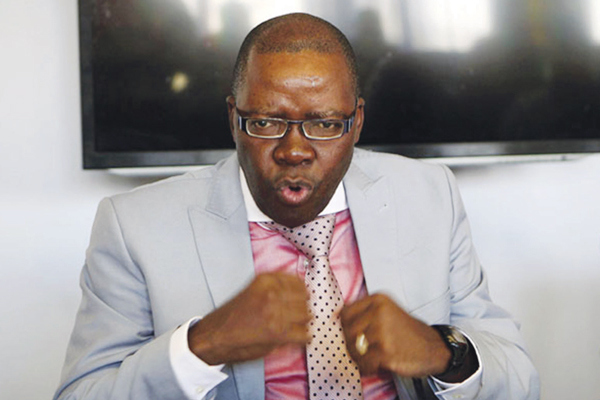 In a video shared widely on Facebook, Mr Biti is seen bragging that he has powerful people behind him and is not afraid of being arrested by police.

He goes further to challenge President Mnangagwa to arrest him and face the wrath of what he terms his powerful friends, and claims he is the real deal.

What’s worse? Mr Biti goes further to denigrate Zimbabwean musicians for their bad English and boasts that his Oxford English prowess is comparable to none.

His followers and those who support Mr Biti’s party expressed dismay at his statements and questioned whether he really is the right candidate to be part of their preferred leadership.

Some indicated they made the wrong choices by supporting Mr Biti and his party, given his foul mouth and ungovernable personality, unworthy of a national leader.

Others regretted ever supporting the opposition party, questioning what exactly Mr Biti meant by claiming he has goblins and powerful friends behind him.

“Expected something different from a VP,” said a supporter in the comments.

“A whole politician talking about kuromba. The little hope I had in me has just died. Kunzima shuwa,” another said.

Said yet another: “This doesn’t bode well for our future. The more they say they are bringing change, the more I doubt them.”

Interestingly, Biti is not new to such kind of controversy. He is known for verbal outbursts on rallies as well as live radio and television.

Mr Biti’s latest performance appears to buttress the widely-held claims that he has the support of the West as their favourite to take over from Mr Nelson Chamisa.

Whatever the case may be, such is the character of the man who hopes one day to lead Zimbabwe and many are the questions on the minds of his supporters about his leadership qualities.