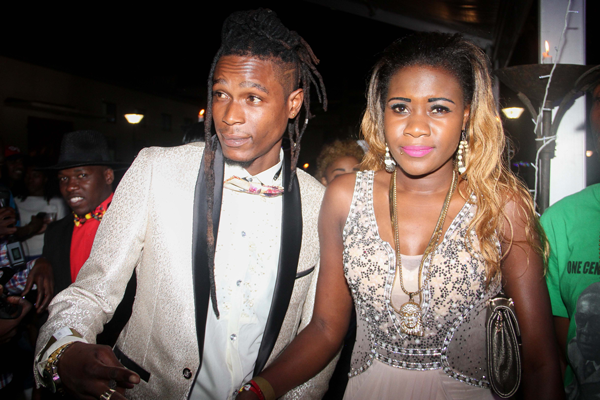 THE late Zimdancehall star Soul Jah Love, left behind over 50 unreleased songs — enough to ensure his legacy will
live on forever.

Jah Love passed away last week on Tuesday evening due to diabetes complications and was buried at Warren Hills Cemetery in the capital after the government declared him a liberation war hero for his contribution to the arts industry.

The 31-year-old star, whose real name was Soul Muzavazi Musaka, was one of the pioneers of the Zimdancehall genre and had produced countless hit records before his death.

However, Zimbabweans are guaranteed to continue looking forward to Jah Love’s new music if everything goes according to plan. “He left well over 50 songs in different recording studios; we are still compiling the
actual number.

“The plan is to release at least two songs per year and we will be guaranteed as a country that we will enjoy his music for the next 20 years or so,” Zimdancehall DJ Templeman told the Daily News. Once the dust settles, Templeman said all stakeholders involved in Jah Love’s estate will work on the modalities to periodically
release the archived material.

“It will involve the family of Soul Jah Love, his Conquering Family and the music producers. The good thing is that all the producers that worked with Soul Jah Love are still alive,” he said.

“People are still mourning and I believe by next month, all the necessary information will be at hand. “Imagine what would happen if some music recording companies announced they are launching new Marshal Munhumumwe
or Leonard Dembo songs?” he said.

A number of international music acts have had successful posthumous careers after their previously unreleased material hit the market. Bob Marley is one such act. Although he died in May 1981, Marley’s album Legend, which was released in 1984, is still topping the reggae and billboard charts to this day.

Slain American rapper Tupac has released chart topping posthumous albums like The Don Killuminati: The 7 Day Theory, Until the End of Time, Better Dayz and Pac’s Life. It is the same with his music rival, the Notorious B.I.G,
whose Life After Death album was released to critical acclaim just 16 days after his death in 1997.

Other musicians that have had successful projects released following their death including Garnet Silk, John Lennon, Queen and Amy Winhouse. If Jah Love’s unreleased works are properly managed, there is a huge appetite for his music considering the large fanbase he left behind. Thousands of music fans turned up for his burial despite the Covid-19 lockdown and ban on public gatherings.

Police had a torrid time trying tocontrol the huge crowd which turned the funeral into a celebration of Jah Love’s life.-Dailynews