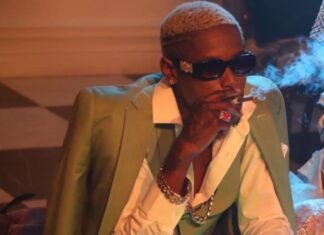 The late musician and dancehall artist Soul Jah Love’s family has barred individuals and producers from releasing songs the late chanter failed to release before his untimely death last week.

Soul Jah love aka Soul Muzavazi Msaka died in Harare last week and was buried at the weekend after government declared him a liberation hero.

He was suffering from diabetes.

Soul-Jah-Love
According to sources, Soul Jah Love’s phone with more than 100 songs was stolen when he met his demise.

However, his family has engaged lawyers to stop individuals and producers from releasing his songs.

Harare lawyer Conwell Muteve confirmed yesterday that he was working on a framework to have the musician’s siblings to benefit from his music.

“Soul Jah Love’s phone was stolen on the day of his untimely death but was later recovered in Mbare. It is unfortunate that there was a memory card with more than 100 unreleased songs that was stolen. We never recovered it,” he said.

He said they were compiling a list of producers and will soon send them warnings over the release of the musician’s songs.

“We have since released a warning to the public and now we will engage producers to stop releasing his music. He has two siblings who will be benefiting from the songs,” he said.

Muteve said they have already set a committee consisting family members that will handle his estate until business resumes at the Master of High Court.

“We are waiting for business to resume at Master of High Court so that an executor to the estate is appointed,” he said.

Muteve could not divulge what properties the musician left.

“That is not my business to tell you what he left,” he said.

However, The Anchor has established that he left a BMW X3, two kombis and several stands.

“I have seen people posting an unfinished house saying it belongs to him but that is a lie. Soul Jah Love has stands some legit and some he got from barons,” a family source said.

Last week some relatives exchanged blows over the musician’s clothes and other belongings.

“His phone went missing on Tuesday but was recovered in Mbare on Wednesday. They even took his BMW X3 and went out on Tuesday afternoon.

“During the time of his death the guys had already damaged the car and it was parked by the roadside for more than four hours,” the source added.

Local promoter Patson Chimbodza had to rescue the family by taking the car so that it could be fixed for free.

One of his producers, Shepherd Musananguro popularly known as Fire King, told reporters that he had worked on a number of songs with Soul Jah Love and these would be released even after his death.

His manager at the time of death, Tendai Marara, also revealed that three tracks he recorded will have a posthumous release this April.

A track – Ndichafa Rinhiko – was recently released even before the musician had been buried.- The Anchor