South Africa Home Affairs to intervene and get Billiat to play for Bafana?

It seems the South African government heard Mashaba’s cry, and may look into ‘adopting’ the Zimbabwean forward in their response to one our of followers on social media.

Don’t get too excited though because this was just a wild wish as Billiat will NEVER be eligible to play for South Africa, having already represented his country of birth (Zimbabwe) at senior national team level.

But imagine this: ‘Billiat in a Bafana shirt’, South Africa would be unstoppable! 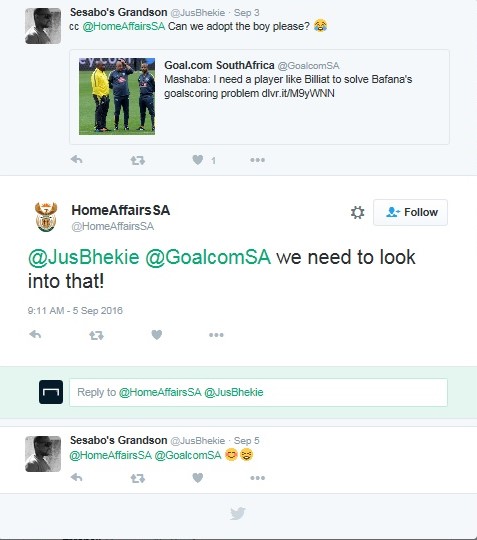