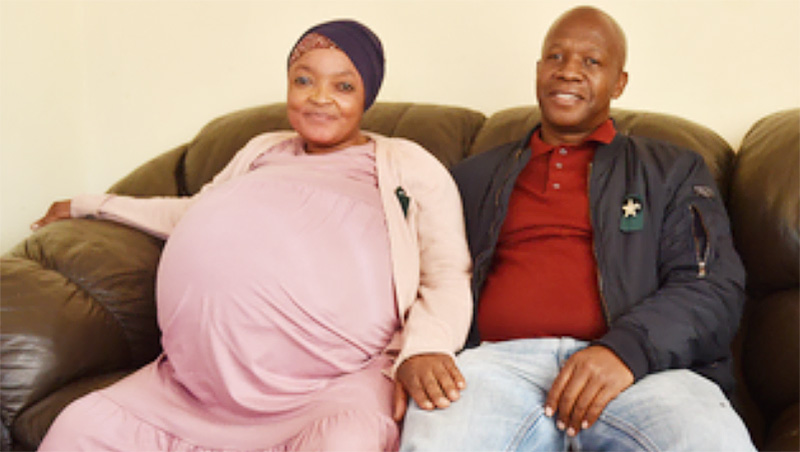 JOHANNESBURG, South Africa – A 37-year-old woman has given birth to 10 healthy babies in a South African hospital – a new world record.

Scans earlier this year initially revealed that Gosiame Thamara Sithole, 37, was carrying six babies and subsequent examinations revealed two others – before the number rose to 10 in the delivery room of a Pretoria Hospital on Monday evening.

Sithole, of Tembisa township in Ekurhuleni, a neighbourhood of Johannesburg, delivered the babies by Caesarean section. The new arrivals add to her six-year-old twins.

The newspaper did not say which hospital delivered the babies.

Sithole breaks a record set only last month by a Malian woman Halima Cisse, who gave birth to nine children in a Moroccan hospital.

Previous to that, the Guinness Book of World Records said the record for most living births at once belonged to Nadya Suleman, an American woman who gave birth to eight babies in 2009.

Medical complications in multiple births often mean that some of the babies do not reach full term.

Professor Dini Mawela, the deputy head of the school of medicine at the Sefako Makgatho Health Sciences University, said: “It’s quite a unique situation. It’s a highly complex and high-risk situation. The danger is that, because there is not enough space in the womb for the children, the tendency is that they will be small.

“They probably took them out pre-term because there is a risk if they keep them longer in there.”