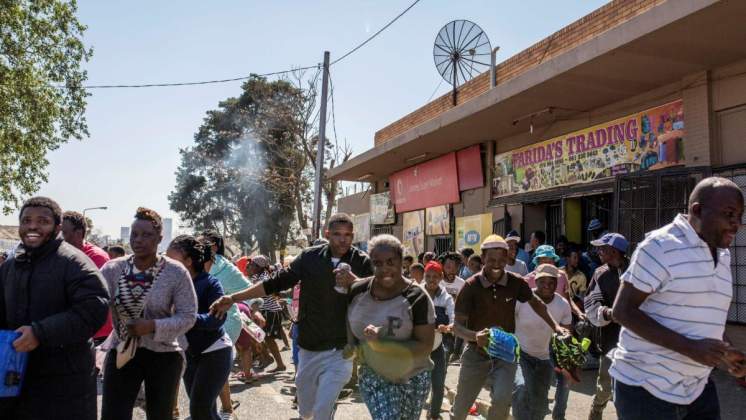 In videos circulating on social media platforms, members of South Africa First undertaking what they call Operation Dudula, are seen harassing and removing people identified as Zimbabweans from houses and the local market.

Some of evicted people are seen being bundled into police trucks with members of South Africa First promising to set them on fire if they are seen anywhere near their rented dwellings and the vegetable market.

Bongani Mkhwananzi, spokesperson of Zimbabwe Community in South Africa, told VOA Zimbabwe Service that “this is shocking and I believe we need to engage the South African government on the crackdown on Zimbabweans.”