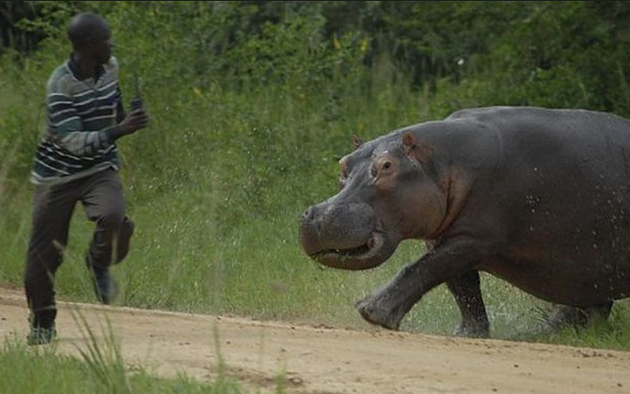 A Villager from Lushongwe area, in Gwanda district has lost his life after being attacked by a hippopotamus last night.

The now deceased Nicholas Ndlovu was on his way to work at Freda Mine when he came across a grazing hippo which attacked the man and left him with severe injuries.
Ndlovu was ferried to Gwanda Hospital where he died upon admission.
Matabeleland south police spokesperson Inspector Loveness Mangena confirmed the incident and urged villagers to approach water bodies with caution.
The incident comes a few days after another Hippo was seen at a local dam in Garanyemba area of the same district.