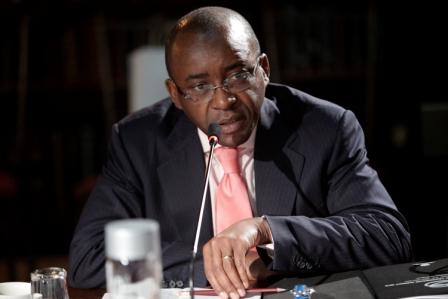 Masiyiwa said the countdown to the last days of the platform, where he has been sharing inspirational stories and business tips, had started.

As we’re on the countdown to the last days of the platform at the end of this month, I want to remind you of one of the most important lessons I’ve taught here since back in 2013 when we got started: The importance of #Reading.

We all read these days, more so than at any other time in history. The guy looking at his small phone following social media platforms actually reads a lot! He probably reads as much volume of writing as Warren Buffett! So don’t say things like: “I cannot read long things”.

In 2020, TechnoMag reported that the Zimbabwean-born telecoms mogul Strive Masiyiwa had overtaken Facebook CEO Mark Zuckerberg to become the most influential businessman on Facebook.

According to the publication, Masiyiwa, who has close to 5 Million followers on the social site, is ranked higher in terms of his followership, his interactions and the growth of his engagement and reach.

In 2019, Masiyiwa and his wife, Tsitsi, quit Twitter and later suggested that some users of the microblogging site were posting fake news.

Econet Global which I own, decided to move shares into another company, which I also own. I own both companies 100%. It has nothing to do with the listed companies! Our accountants were simply doing some housekeeping.

There was no deal!

This is one of the reasons why I don’t use Twitter, because a lot of people rush to say things on it, without checking the facts. It is a place of “conspiracy theorists”, who are thrown from pillar to post.