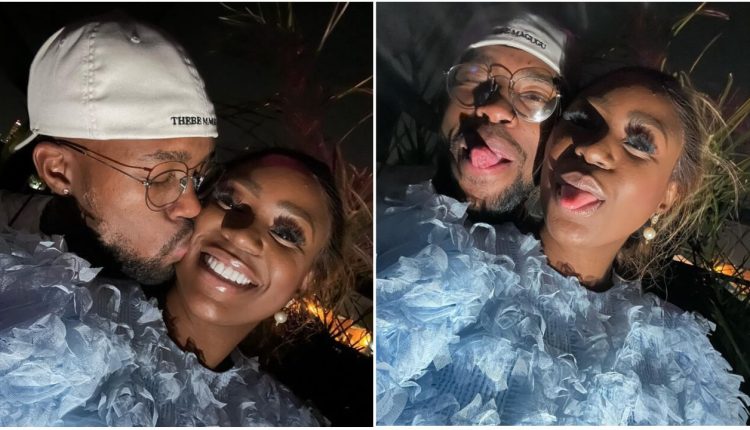 Tanya Masiyiwa went Instagram official with her South African boyfriend Lethabo Molobi last Friday. She posted pictures of her and him smooching.

Tanya Masiyiwa’s boyfriend Lethabo Molobi is an athlete, medical entrepreneur and medical professional. Molobi is a well-rounded sportsman, he played cricket and soccer before he settled for basketball. He played as a guard for the NW Eagles in the South Africa Basketball National League.

Prior to studying physiotherapy at Wits University, Tanya Masiwa’s boyfriend always dreamed of one day becoming a medical doctor or surgeon. He said he studied physiotherapy because of his background as an athlete. He however changed programmes and studied biokinetics. In an interview, Lethabo Molobi said:

I am a sports medicine consultant actually. My career started in physio. I went to Wits and studied physio. Before that, I wanted to be a doctor, I wanted to be a surgeon but I studied physio because I ended up finding out I’m a pretty good athlete. Then when I was in physio I decided I want to do comserv so then I ended up changing and doing biokinetics because I felt it was an easier route to get into sports that have to do like sports physiotherapy. So I did biokinetics and then I recently finished my post grad in sports medicine in the UK. So that’s how I  became a sports medicine consultant. But overall I would say I am a rehab specialist or a physiatrist as they would say.

As a medical entrepreneur, Lethabo Molobi is the founder of The Medics. He is a healthcare practitioner, specialising as a Biokineticist, in Sandown, Sandton, Gauteng, South Africa.  Lethabo Molobi was appointed to the Board of Directors of the Biokinetics Association of South Africa (BASA).

Lethabo Molobi was born on 6 August 1991. He has worked in India with Indian Premier League (IPL) cricketers.