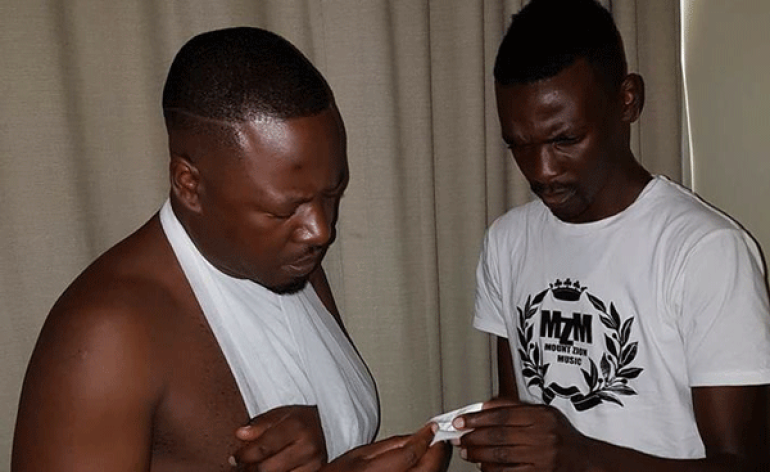 According to an undisclosed source, Stunner was out partying with his girlfriend when one of the big boys they were hanging out with hit on his girl.

According to the source, his girlfriend did not hesitate giving out her number, a development which infuriated Stunner into physically attacking her.

This is not the singer’s first time to be implicated in gender-based violence issues.

Last year, he was dragged to court for being physical with his then wife Dyonne Tafirenyika. However, the court acquitted him.