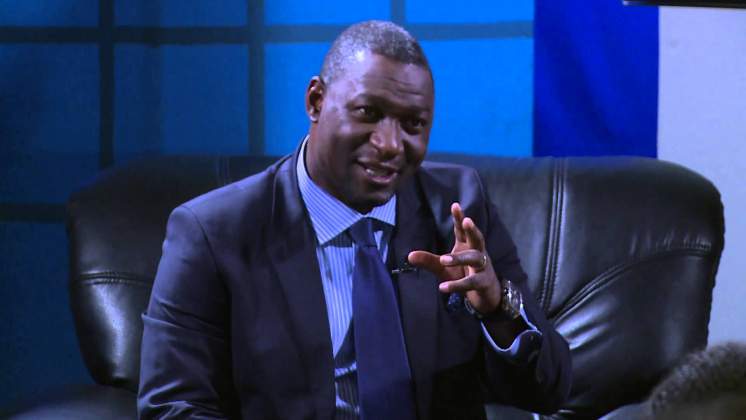 HARARE – Former Cabinet Minister Supa Mandiwanzira has been left crying foul over what he called “staggering incompetence” by a South African publication, the Daily Maverick, whose exclusive report on the massive scale of State Capture and corruption in Zimbabwe is gaining international attention.

The report focuses on business cartels because these are the vehicles used for state capture.

Mandiwanzira, the Zanu-PF MP for Nyanga South, is media-shy and rarely reacts to negative articles about him, despite being the owner of one of Zimbabwe’s largest diversified media businesses.

But he launched a surprise attack on the Maverick on Tuesday evening, after his name featured in the report which throughout the day was widely circulated and tweeted by leading opposition political figures in Zimbabwe as well as senior figures in U.S. and U.K. corridors of power.

Maverick editor Mark Heywood, earlier on wrote that the report ‘provides a post mortem of the cancer that killed the Zimbabwean dream of freedom and independence’.

The report named Mandiwanzira as the owner of Univern Enterprises, which has won multiple tenders with ZINARA, ZIMRA, CVR, ZRP and several Government departments since its formation in 1996.

“@dailymaverick, it’s pathetic that your report suggests I own a company called Univern that benefited from tenders at ZINARA.

I don’t own this company and never did. Its ownership is on public record.

However, in its report, the Maverick said they gave accused persons a chance to respond.

“Last week, we sent the report to Mnangagwa, Zimbabwe’s ambassador to South Africa, Isaac Moyo, and all those implicated in the report.

We asked for their comments but they did not respond.

“Let’s stick to the facts. @dailymaverick pathetically lie that I own the company, Univern, which they accuse of corruption at ZINARA .

I don’t own that company and never did.

The owners are Laurence Sher, Sergi Levy and Musekiwa Kumbula.

“If you allege I’m a thief, at the very least present some facts not fabrications. It’s fake that I own Univern.

It’s pathetic & desperate to say I own it.”

Mandiwanzira urged media to leave him alone and publish content they would have verified.

“They fall for the same lies as perpetrated by @dailymaverick .

I can’t be responsible for those who are not clever enough to verify!

“@dailymaverick Please withdraw the offending report as it relates to me as there is no truth in your allegations. Your facts are simply fabricated. If you have any credibility, withdraw and apologise.

Univern is a white-owned company in Zimbabwe,” he added.

Univern Enterprises is a Zimbabwean-registered firm, which trades as Southern Region Trading Company (SRTC) and supplies IT systems, as well as various goods and services in Zimbabwe.

The company’s directors are listed as Laurence Neil and Sherice Sher, who had been directors since inception in 1996, as well as Musekiwa Kumbula (since 2005).

Company chief executive is Serge Levy, and was appointed director in 2014.

Public records show that Univern was contracted by the Central Vehicle Registry (CVR) for the manufacture and supply of new format number plates introduced in March 2005.

The deal was won without going through tender since it was a PPP (Public Private Partnership) agreement.

The partnership is set to last for 10 years according to the deal.

Furthermore, Univern is a partner of ZINARA in the administration of 17 toll gates across the country.

Univern manages the system at the toll gates.

In 2017, Univern supplied the Zimbabwe Republic Police with an electronic traffic management system. The agreement was once again on a PPP basis.

On Tuesday, the report was raised by Republican US Senator Jim Risch, the ranking member of the US Senate Foreign Relations Committee, who retweeted a Daily Maverick tweet about the Zimbabwe report, adding; “State capture and corruption in #Zimbabwe continue to be a concern of mine.

A timely report released by @dailymaverick exposes the destructive effects that elite cartels play in robbing the country’s future.

Former DA leader Mmusi Maimane tweeted: “This exposé by the @dailymaverick is very important for every African to read.”

In Zimbabwe, opposition MDC Alliance senator and former education minister David Coltart tweeted: “If you are puzzled why such a wealthy country, with such intelligent, well educated people can be so poor, then read this report published today in @dailymaverick.

It explains how and why a network of cartels is plundering #Zimbabwe.”

Who wrote the Maverick report?

Maverick said the report was being published in South Africa as it was “not safe to do so in Zimbabwe because of attacks on the media and civil society activists.

For the same security reasons, the authorship of the report would remain anonymous.

“The 64-page report details the scale of the theft – among others, illicit cross-border financial transactions cost Zimbabwe up to a staggering $3bn a year and billions in gold and diamonds smuggled out of the country.”

It is suspected that Zimbabwean political activists and a prominent journalist (name supplied) as well as a human rights lawyer helped author the report.

AN internationally acclaimed Zimbabwean author is also said to have been roped into authoring the document.

Other highlights of the report

The report focuses on business cartels because these are the vehicles used for State Capture.

Heywood added that one of the experts he had asked to review the report pointed out that normally cartels work to undermine the state.

“In Zimbabwe, however, they are in league with the highest people in the land.

”The report, the first of two, includes case studies of the operation of cartels in roads, fuel, agriculture, cigarettes and mining. It reveals that;·Illicit cross-border financial transactions cost Zimbabwe between $570m and $3bn a year;·Intra-country fraud associated with cartels could cost up to $1bn every year;·

According to a 2020 report by the International Crisis Group, up to $1.5bn worth of gold per year is illegally smuggled out of the country;

·Billions of dollars in diamonds go unaccounted for; and·In 2018 Zimbabwe’s Auditor-General noted that 82% of government expenditure had financial irregularity in one form or another.

The report “uncovers the ways cartels made Zimbabwean politicians and business people enormously rich, although most of their wealth is hidden and banked outside the country, as revealed in the 2016 Panama Papers,” Heywood said.

By contrast, the cartels had left ordinary Zimbabweans among the poorest people in the world:

· 67% of its citizens live in poverty and two million live in extreme poverty;

· Up to 35% of rural people are food insecure (in a country once described as the breadbasket of southern Africa);

· One in three children are malnourished; and

· Millions of Zimbabweans, perhaps up to a fifth of the population, have left the country as economic migrants.

The report argues that the 2017 military assisted transition that removed Robert Mugabe hardly changed the system, except for changing a few individual beneficiaries-– Zimbabwe Voice and Agencies

Former Herald editor Caesar Zvayi kicked out of gold mine