Suspected Zanu-PF youths have attacked MDC-T members who were carrying out a door to door membership recruitment and mobilisation exercise in Highfields, Harare, in preparation for the harmonised elections in 2018.

MDC-T District Youth Deputy Organiser, Prosper Tirivacho, and six others were injured as a result of the attacks on Saturday.

According to the Zimbabwe Human Rights Association (ZimRights) and the Zimbabwe Peace Project (ZPP), MDC-T activists were attacked when they were conducting a voters registration program in the suburb.

“The Zimbabwe Human Rights Association condemns the assault of opposition MDC-T members by suspected Zanu-PF youths in Highfields and disruption of a funeral in Mbare in Harare over the weekend.” 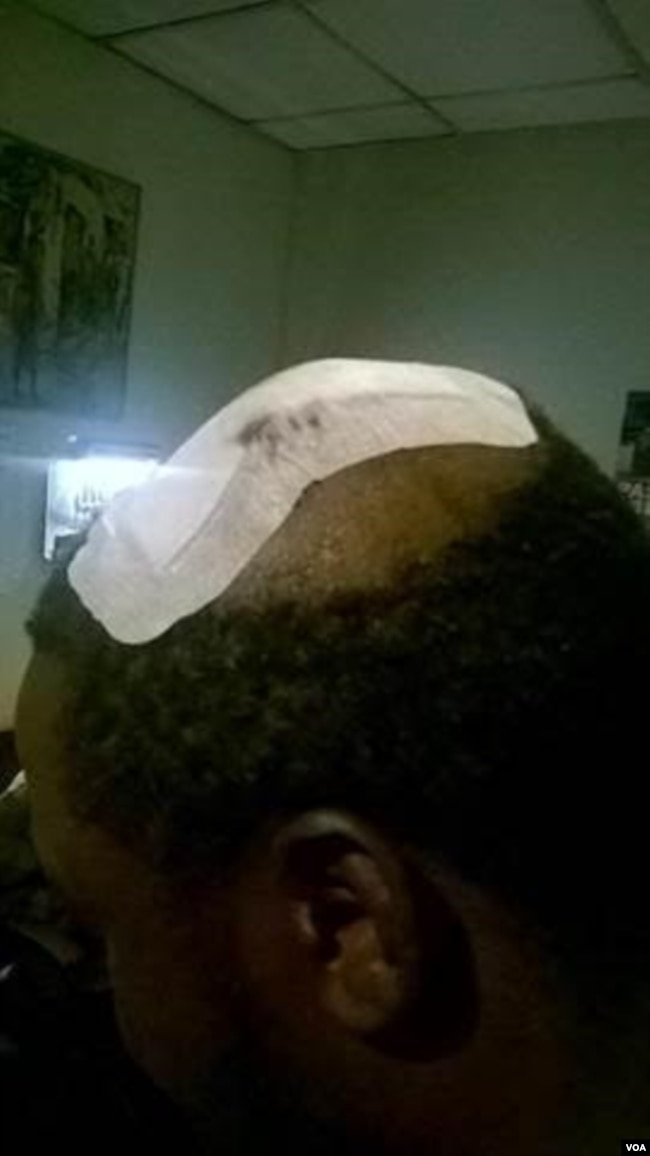 One of the people who was attacked by suspected Zanu PF supporters.

The suspected Zanu PF activists attempted to disrupt the funeral wake of Chikita Ngano, an MDC-T member, at the weekend.

“The incidences come just weeks after opposition Transform Zimbabwe members were similarly assaulted during a clean-up campaign in Chitungwiza, which is a town about 35 km outside Harare. ZimRights condemns in the strongest terms these worrying signs and incidences of political violence ahead of the harmonised elections due to be held in 2018.

ZimRights said if not stopped immediately such clashes would lead to chaos before, during and after the 2018 general elections.

“The government must enforce the constitution, which expressly provides for non-infringement of citizens’ free enjoyment of the political rights to choose, belong to and campaign for a political party, or cause of one’s choice.”

Section 67 of the Constitution of Zimbabwe clearly provides for these fundamental political rights and calls for the promotion of multi-party democracy.

“That the country has previously witnessed gross human rights violations directly fuelled by political violence means that all stakeholders, including the political parties and law enforcement institutions, must urgently address the recent violations.

“The police must enforce the rule of law and arrest the perpetrators of the blatantly criminal actions so that they can be brought before the courts. Ahead of the forthcoming elections, political parties must restate their commitment to the Code of Conduct and remind their supporters that it is criminal to infringe on other people’s rights to campaign freely.”-VOA