Zanu-PF deputy political commissar Omega Hungwe has claimed that President Emmerson Mnangagwa was not poisoned using ice cream but was poisoned by one of the passengers in a helicopter ride to Gwanda for a presidential youth interface rally in August last year. 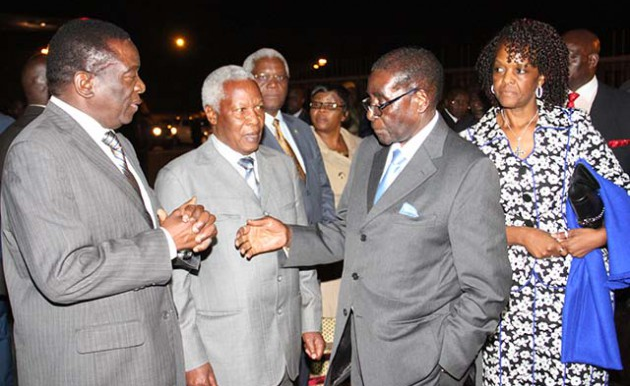 Hungwe said this during an inter-district meeting in Mutare on Sunday. She said Mnangagwa who had fallen out with Robert Mugabe and his wife, Grace did not eat any ice cream at the rally despite claims . Said Hungwe:

President Mnangagwa didn’t get it (poison) from ice-cream but got it on the plane.

Hungwe’s revelations appear to exonerate Grace who was accused by Mnangagwa’s supporters of trying to poison him with ice cream from her dairy farm. Energy Mutodi claimed that Mnangagwa was poisoned by then Defence Minister Sydney Sekeramayi and Health and Child Care minister David Parirenyatwa who were in the helicopter with him. In an interview with the Financial Times last week, Mnangagwa claimed he knew people who administered the poison which almost claimed his life.