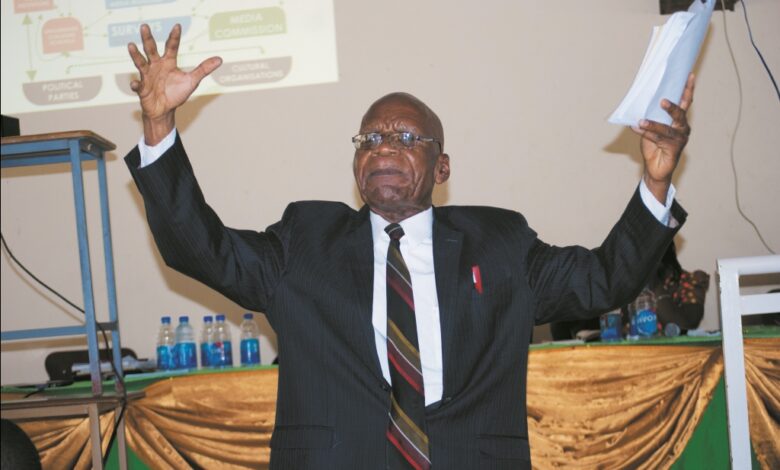 Zimbabwe Media Commission (ZMC) chief executive officer, Dr Tafataona Mahoso, who has served the organisation and its predecessor the Media and Information Commission (MIC) for almost two decades is set to retire at the end of March.

Described in some circles as ‘Zimbabwe’s media hangman’ Mahoso (65) was unpopular with civic society and advocates for media freedom and plurality, who accused him of being used by the repressive Robert Mugabe regime to frustrate the growth of the media industry.

Mahoso was appointed chairman of the MIC in 2003 at the time the government was using the now-repealed draconian Access to Information and Protection of Privacy Act (AIPPA) to silence private media and served until 2008 when he was removed from office following a court judgement that he was politically-biased.

He was later controversially reappointed to a Zimbabwe media board in October 2009.

During his tenure at MIC Mahoso was behind the closure of The Tribune and its sister newspaper The Weekend Tribune and was also accused of fighting to deny a licence to ANZ, publishers of the Daily News, which had been shut down by the government.

ZMC, which has already started scouting for a new chief executive, confirmed Mahoso’s imminent exit from the commission.

Prof Magosvongwe said Mahoso who has been with the commission since its inception had already run his “good race,” adding it was time to inject new blood into the organisation considering the media industry keeps evolving.

“Not that old people do not have what it takes, no,” said Magosvongwe.

“We are saying, we train, we develop, we pass on the baton and it carries on and on.

Magosvongwe added: “We have engaged him on the subject from the time we got in as a board and he has always expressed willingness to go on retirement. It’s only that the whole idea of institutional memory is critical. He has been at the helm which means he has been the one who holds the memory of the development of the entity from inception to where it is now.”

In a recent vacancy notice, the ZMC board said it was seeking to recruit a holder of a Masters or Ph.D. degree in Journalism, Communication, or any other social science degree with at least 10 years of experience to lead the commission urging qualifying Zimbabweans to apply.