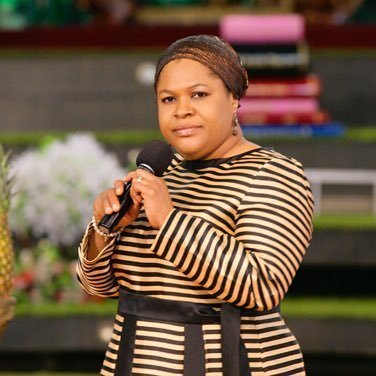 Evelyn Joshua, the wife of a popular televangelist, Prophet Temitope Joshua, has broken silence over the news of her husband’s death.

The wife of the founder of the Synagogue Church Of All Nations (SCOAN) on Sunday, June 6, expressed her grief over the sudden death of her husband.

Prophet TB Joshua died TB died on Saturday evening at the age of 57.

According to some sources, the man of cloth passed away around 2 am, hours after he walked to his apartment from a church service to get some rest.

While the cause of death has not been revealed, some reports claim that the Prophet had been unwell for two days.

The father of three was one of Africa’s most influential preachers with millions of television and social media followers. More than 15,000 people from Nigeria and abroad attend his Sunday services.

TB Joshua was known for making predictions, his claims to cure various ailments and the supposed ability to make people prosper through miracles.

He was, however, controversial with critics questioning his claims and saying he profited from people seeking hope.