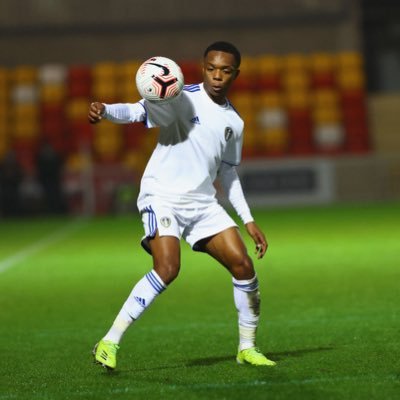 ZIMBABWEAN teenager Ethan Kachosa, who signed a professional contract with Sunderland’s development side in England, did not need much time to settle as he scored his first goal for the side on debut in the victory over Everton Under-18s.

Kachosa, who mainly plays at full-back, won a penalty for Sunderland’s opener and then added the team’s fourth in the 4-3 victory.

His father, Henry Kachosa, confirmed he had switched base from Leeds United where he has featured for their Under-23s in the EFL Trophy this season. Kachosa has been a consistent performer at Leeds where he won the Leeds United Academy Players Player of the Year award in 2019.

“Sunderland have signed him on professional contract on Wednesday and scored on his debut on Saturday beating Everton 4-3,” said Henry.

Another new boy Shane Temple scored in the match.

An entertaining affair saw Everton edged out in a seven-goal tussle against Sunderland at USM Finch Farm on Saturday afternoon.

Sunderland, who were bright throughout the opening exchanges, had their first chance just four minutes in.

A fast break saw Kachosa in on goal, but a fantastic fingertip save by Zan-Luk Leban denied the lively winger.

The visitors continued to press energetically throughout and reaped their rewards when winning a penalty on 17 minutes.

Neat play saw Kachosa cut inside sharply in the penalty area before being tripped, Caden Kelly sending Leban the wrong way from the spot-kick.

Minutes later and Sunderland nearly doubled their lead. It was winger Kachosa who was involved again as his shot was cleared off the line after fantastic last-ditch defending by Dylan Thompson.

The away team continued to threaten after the break and it did not take them long to add a second, forward Shane Temple drifting in from the left wing and curling a finish into the far corner.

And it looked game over just before the hour mark when the lively Francis Okoronkwo went for the direct approach in running at his man on his left before cutting inside and finishing past Leban.

That seemed to kick Everton into life, however, and it was 3-1 two minutes later. Neat interplay in the middle of the pitch allowed McAllister to drive forward into space, allowing him to unleash a powerful shot which was deflected and left the keeper no chance.

The lifeline looked to be extinguished when Sunderland found the back of the net again on 69 minutes, Okoronkwo’s fine through ball allowing Kachosa to finish.

But a frantic second half continued as a lovely weighted ball into the path of Metcalfe allowed the midfielder to drive the ball home from outside the area.

And the deficit was cut to just one when, on 77 minutes, McAllister made it 4-3 with his second goal, the Northern Irish midfielder unleashing a delightful left-footed effort past keeper Adam Richardson.

It wasn’t enough as Everton narrowly failed to complete the comeback – but Tait’s side will bid to end their campaign on a high when they visit Newcastle United next Saturday.