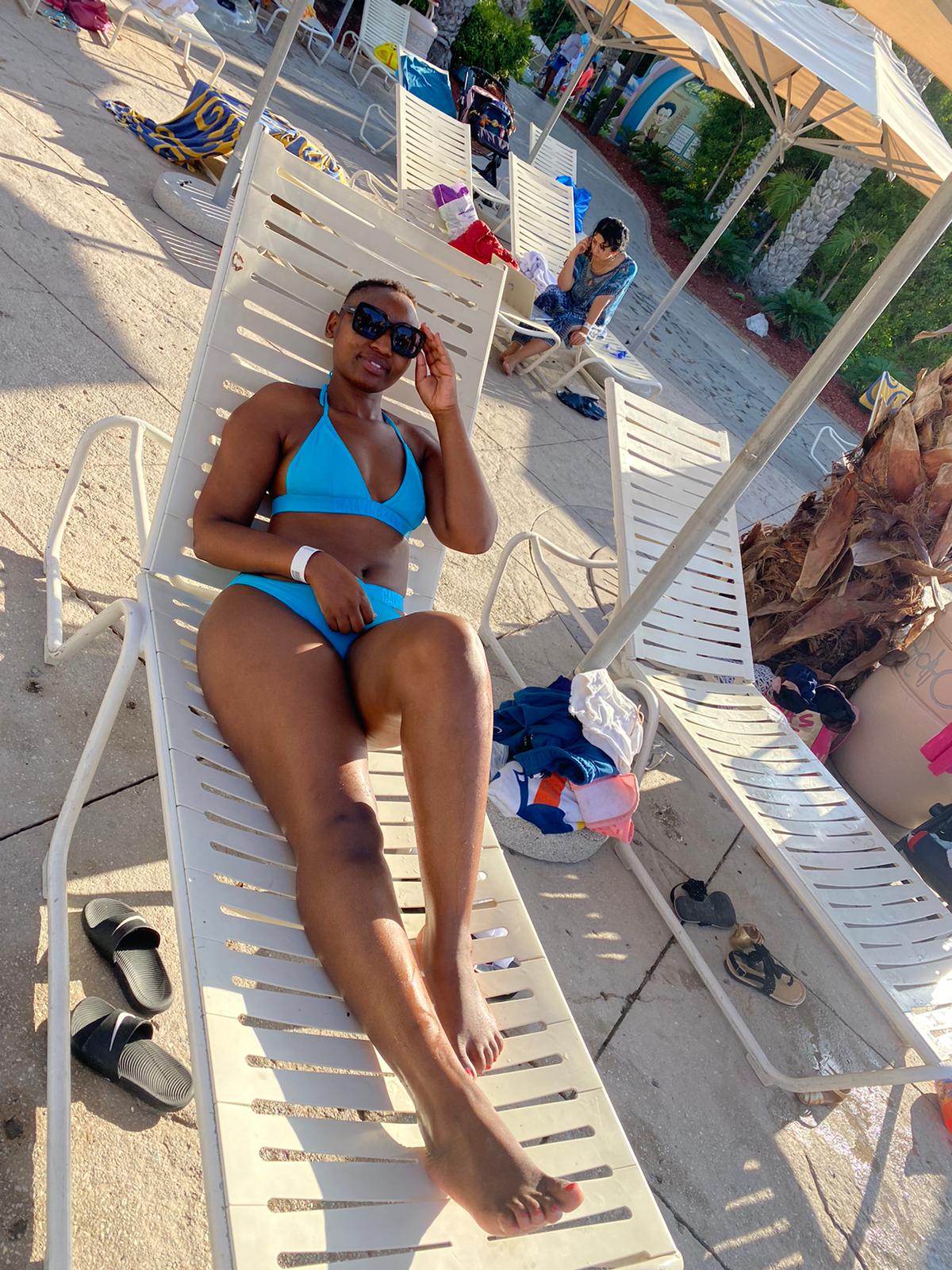 Mutami, who says she is three months pregnant with Mliswa’s twins, said, however, she would not release the salacious trove for the sake of her unborn children.

“I have Temba nudes and sex videos but I will not post them here because I need to protect the integrity of my unborn twins Temba Mliswa needs professional help,” she tweeted.

Mliswa hit back and branded Mutami a “bitter slay queen” being exploited by vindictive government ministers angry with him for exposing their corrupt tendencies.

“Mutami’s allegations are false, if she had my private videos she would be circulating them by now but what we are witnessing is only her nude videos and pictures circulating on social media,” he told ZimLive.

“I am worried about the psyche of Zimbabwean citizens to show keen interest over private matters instead of issues of national development and corruption. It really shows we need more psychiatrists in this country.

“We should be worried and querying modalities, practicality, and accessibility of the vaccine for example. Mutami is a bitter slay queen fabricating falsehoods with the aid of state agents associated with some cabinet ministers who harbor bad blood because I expose their corrupt dealings,” Mliswa charged.

The former fitness trainer said he was focusing his energies on farming, running his constituency, issues of national development, and exposing corruption instead of entertaining Mutami’s “fabrications.”

He also took issue with a local news website that first published his accuser’s tale without hearing his side.

“I am concerned about the journalistic ethics by a journalist who ran an unbalanced article bent to soil my image as a public official.

“I was never reached for a comment being vocal as I am. If the likes of Hopewell Chin’ono can be arrested for publishing falsehoods the same principle should also apply to the unethical journalist who colluded with Mutami to publish false fabrications,” Mliswa said.

A video of Mutami revealing her visible baby bump trended on social media earlier this week.

With music playing in the background, Mutami is seen lifting up her dress before recording a message – supposedly for Mliswa -saying, “Hi, father of my twins. I love you and miss you, the babies are doing just fine, you are the only one that’s currently not available.”

“I’m just laying down upstairs and Tinaye is hosting his party downstairs playing music, I miss you husband,” she said before blowing a kiss.

In another video posted by Killer Zivhu, also warring with Mliswa, Mutami accuses his former lover of being an extortionist who ekes out a living by blackmailing people using President Emmerson Mnangagwa’s name.

And in an audio clip that appears to have been recorded in happier times – also on Zivhu’s Twitter timeline – Mliswa is heard bragging about his sexual excursions with Mutami while calming a concerned friend.

“I am single I can do it, it’s not a scandal and she is single too. Slay queens, you know, they have skills, you know, but then the CIO wanted to use her, July Moyo (local government minister) and Muda (state security minister Owen Ncube) but it’s nothing to worry about.”

While some found pleasure in the unfolding spectacle, others scolded Mutami for washing her dirty linen in public.

“Why are you going public with your private issues. Am I missing something? What’s your objective? Is it anger or revenge? I think you also need help, my sister,” tweeted @shadynzou.

Another Twitter user @MwanaWachihera also chastised Mutami saying: “You should have thought about the integrity of your unborn twins before bringing the whole thing to Twitter.”

Still, Mutami had no shortage of defenders.

One @AneleSiza fought back: “People are wasting their time trying to lecture Susan. She knows what she is doing and can stand up for what she believes in whether you deem it right or wrong. she has cards in her hand and continues to sit at the table.”Source – zimlive