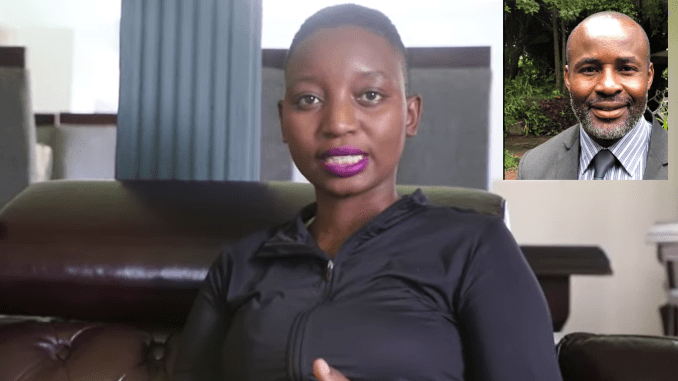 The revelations have been made by Mliswa’s ex-lover Susan Vivian Mutami, in a WhatsApp interview she had with a Sunday Mail journalist. The chats have since been leaked on various social media platforms.

In the interview, Mutami also disclosed that it was untrue that her son was fathered by the late Foreign Affairs Minister Sibusiso Busi Moyo.

Furthermore, Mutami says Mliswa pays journalists to write dirty stories about her including that SB Moyo article by an online paper.

Mutami also said Mliswa sleeps with young girls he recruits at his YARD organization, and provides names of some women who she says are sexually abused in exchange for meat for relish.

According to Mutami, Mliswa also exhorts land seekers in  Mashonaland West riding on the name of his sister Mary Mliswa-Chikoka, who is that province’s Minister for Devolution.

Mutami further claims that Mliswa’s dad, the late Peter Mliswa who is a Zipra veteran, once assisted Mnangagwa on some issue, and since that time, Mliswa claims Mnangagwa must assist him and his siblings as a return favour.

Mutami concludes that she never claimed to know State Security Minister Owen Ncube, nor was she ever a State intelligence operative.

She said those claims were planted by Mliswa through some journalists he pays to do his bidding. – Zimbabwe Voice

Zambia bans use of Victoria Falls bridge by haulage trucks