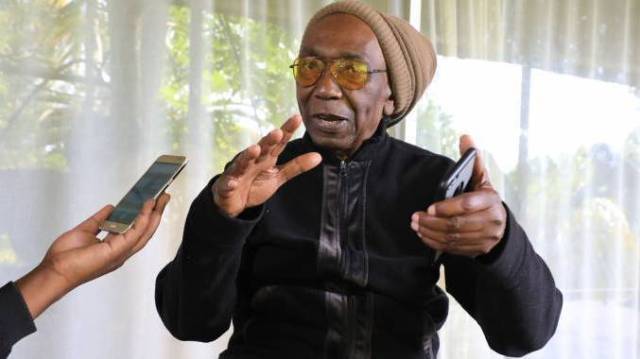 ZIMBABWE’S Chimurenga music maestro Thomas Tafirenyika Mapfumo has said he does not want to be buried at the National Heroes Acre when he dies because the place has lost significance.

Mapfumo, who is known for taking no prisoners when it comes to uttering what he wants, says the ruling Zanu-PF party had personalized the national monument such that only those in good books with the elite Zanu-PF leadership could be buried there.

“Don’t bother taking me there when it comes to that I have died and a decision has to be made,” said the US based legendary musician in an interview with Financial Gazette.

“The place has lost its respect and significance. No right thinking person would want to be buried there.”

Built in the 1980s by North Korean contractors, the granite monument is where many heroes of the liberation war were buried.

Since President Emmerson Mnangagwa came into power in November 2017, several national heroes have been buried at their own homes. These include the late Professor Phineas Makhurane and Oliver Mtukudzi.

Recently, there have been calls for an independent body to be set up which confers hero status, instead of this being done by the Zanu-PF politburo.

Who is Thomas Mapfumo?