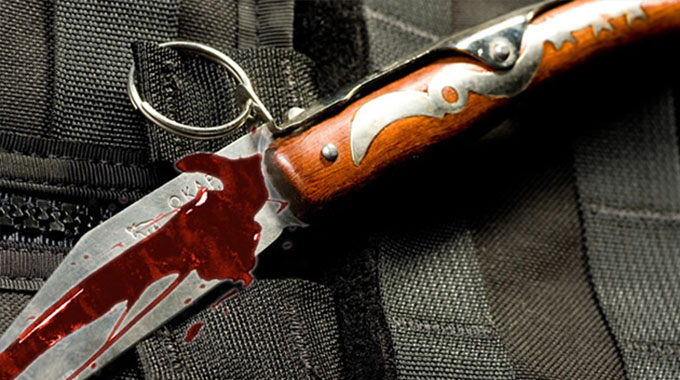 THREE men from Bulawayo have been arrested for allegedly stabbing a man with an okapi knife over an undisclosed issue.

Mgcini Xaba (32), Pride Sibanda (23) and Thembelani Moyo (29) all from Cowdray Park suburb left the victim who was not named bleeding from the head.

He said an informant, whose name was not mentioned, was on his way home when he saw the complainant lying on the ground near Cowdray Park Garage and was bleeding from the head.

“The complainant who had difficulties in talking revealed that he was assaulted by the trio after a misunderstanding over an undisclosed issue,” Insp Ncube said.

He said the informant took the complainant to Cowdray Park police Station and made a report.

Insp Ncube said a police patrol team who attended the scene came across the trio who had blood stains on their clothes near the scene and recovered an okapi knife with blood, which they failed to account for.

“The trio was taken to Cowdray Park police station where they were interrogated and revealed that they were the ones who assaulted the complainant. The triad was arrested and detained,” he said.

Insp Ncube said the complainant sustained a cut on the head and some cuts on the arms. He was ferried to Mpilo Central Hospital where he was treated and discharged and is in stable condition.

He said investigations are in progress.

“We urge members of the public to desist from carrying dangerous weapons in public places so as to avoid such scenarios,” said Insp Ncube.

In April, police in Bulawayo arrested a 30-year-old man from Cowdray Park suburb who stabbed his neighbour with an okapi knife following a beer brawl.