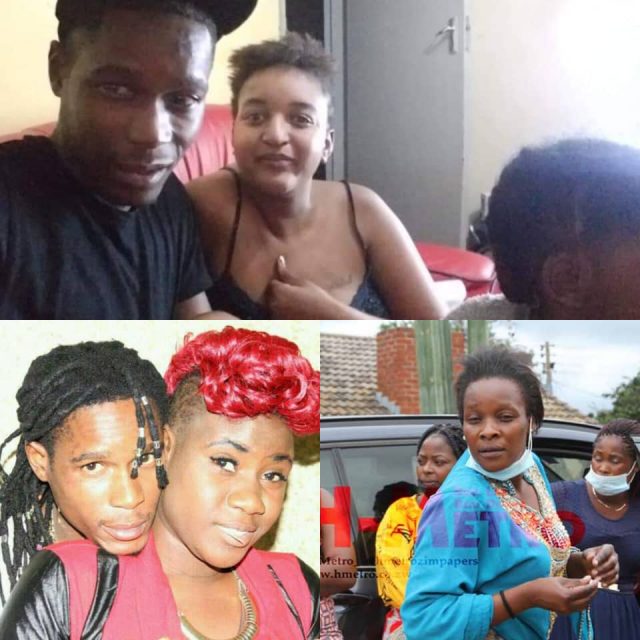 Two women were reportedly barred from speaking to the media as girlfriends to the late Zimdancehall star, by Soul Jah Love’s family.

H-Metro established that the two women, identified as Nyasha and Geraldine, attended the departed chanter’s funeral at his Msasa Park home.

Nyasha in sky blue dress at the centre

A source said Nyasha was the current girlfriend after Chibaba had fallout with Geraldine.

However, the family says there was a third girlfriend who they preferred as she was much closer to Soul Jah Love.

Geraldine is consoled by an unidentified man

Nyasha was actively involved in the daily activities during the four-day funeral wake.

However, Geraldine had nightmarish experience that in two separate incidences she was denied entry into Mawuya Street manned by police to maintain the gathering under 30 people.

“He was seeing someone, but as a bachelor he had the liberty to see anyone he liked hence anyone can claim to have had a sexual or close relationship with him.

“We will give you someone who you will talk to, of course we know of Nyasha and Geraldine but none of them can speak, we told them not to.

Nyasha being consoled by Josie

“He had someone else whom we all liked and had potential to be his wife,” said the source.

H-Metro first noticed Nyasha when she was sobbing in the arms of her sister identified as Jossie.

ment at the moment maybe we can organise for an interview after the burial,” Jossie told H-Metro.

Contacted for comment after the burial, Jossie could not let Nyasha respond to any question saying her sister had travelled to Zambia.

“Nyasha is not with me at the moment, she has travelled to Zambia and will be back on Friday,” she said.

Geraldine also said she was not at liberty to discuss her relationship with the late liberation hero.