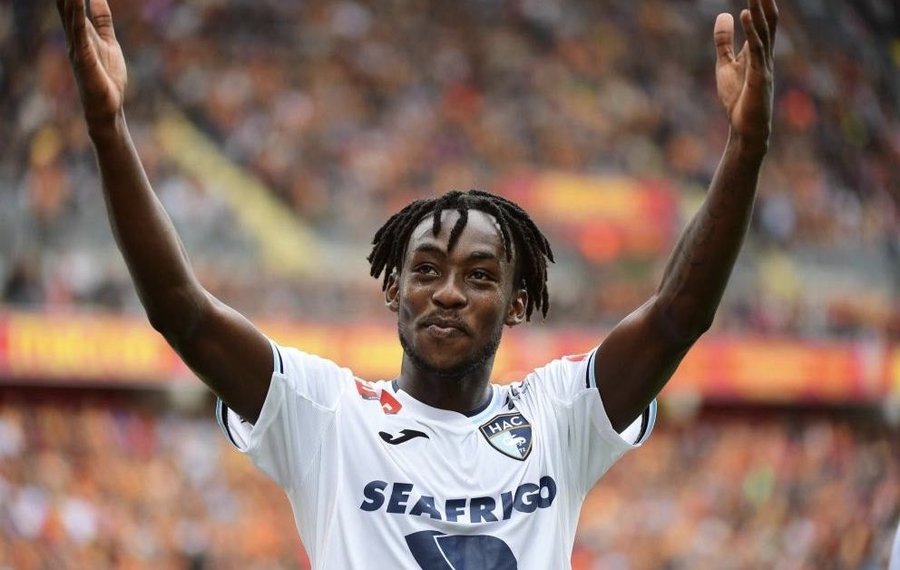 WARRIORS striker Tino Kadewere is set to be the first Zimbabwean to ply his trade in the Spanish top-flight league after joining Real Mallorca on loan with an option to buy from Olympique Lyon.

Olympic Lyon signed the player from Le Havre for €12m where he finished as Ligue 2’s top scorer in 2020.

In his debut season for Lyon, Kadewere scored 10 goals but could not replicate the same form last season, starting less than five games and scoring only once in fifteen matches across all competitions.

The 26-year-old striker arrived in Spain on Sunday in the company of his family.

In a brief chat with reporters at the airport he promised to do his best at his new club.

“I am very happy to be here and I cannot wait to get down to business. I have been watching their games and following the team. I am looking forward to being able to help the team. I will surely do my best,” said Kadewere.

Reports in Spain suggest that Kadewere had his medicals yesterday and will be officially unveiled imminently.

He will be the third African in the side that also has Amath Ndiaye from Senegal and Idrissu Baba from Ghana.

Mallorca are in position seven on the league table with four points from three games.

Kadewere is a product of Harare City after joining the club while he was still a learner at Prince Edward School in the capital.

Harare City provided a platform for Kadewere to showcase his talent in the domestic league before he secured a move to Swedish side Djurgadens.