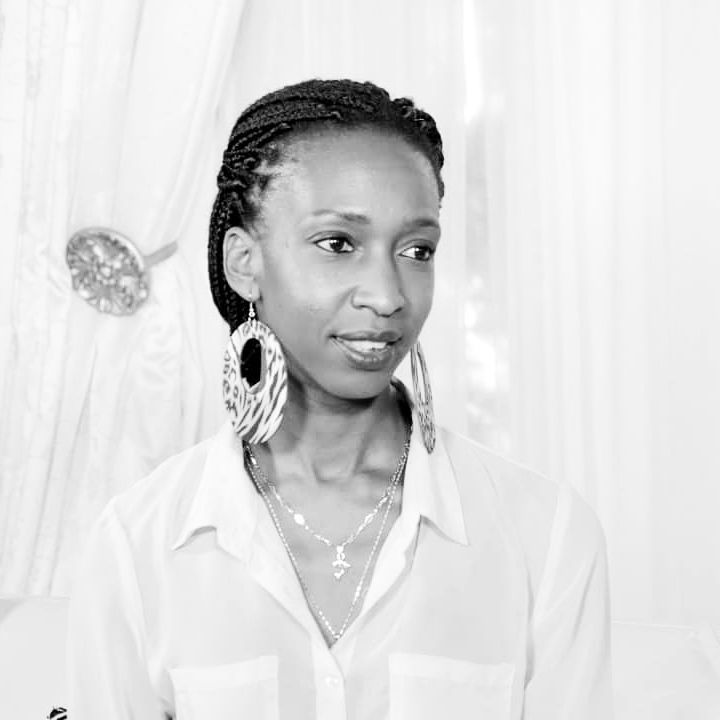 • Tin Tin angered by Becky’s family’s accusations towards her

ACTRESS and radio personality, Tinopona “Tin Tin” Katsande who was bashed by many and described as inhumane for hiring a cab to transport the body of her friend back to their home last week has spoken on the incident.

Tin Tin allegedly hired a taxi to ferry 45-year-old Rebecca Chinyerere’s body after she collapsed in a bathing room at the actress’ apartment. Tin Tin was said to have travelled around Harare seeking medical help with Rebecca’s body in a taxi with the deceased sons (aged 13 and three-years-old) in the same car.

Rebecca’s relatives accused Tin Tin of ferrying the corpse without informing the police. The incident occurred last Tuesday in Belvedere, Harare and Rebecca was buried in Guruve on Sunday.

Family spokesperson Ishmael Chinyerere, uncle to the deceased, expressed dismay over Tin Tin’s decision to hire a taxi without informing police and relatives.

“We know that death is there, but the way Katsande failed to respect it left us with more questions than answers,” Ishmael told H-Metro last week.

According to H Metro, a close family source insinuated that cocaine was involved as Rebecca was an addict and could have overdosed at Tin tin’s house.

“Rebecca was a drug addict, but she had since stopped up until recently when she returned from Chakari where she was staying. When she came back here, Tino came to pick her up and she spent a week with her, only to return not feeling well.

“Tino also dumped her here again. From the hospital records, it is noted that she had used cocaine so she was set to start her rehab soon that is when Tino came to pick her up again. Before she came, Rebecca had received about US$80 from a friend who is in Europe,” said the source.

Tin Tin through a lengthy post online this morning, refuted the allegations as she tried to clear the events surrounding the death of what she described as her dear friend and confidante, Rebecca Chinyere who was popularly known as Becky.

The mother of two said: “On the night of Tuesday 23 June, 2020, my friend Becky collapsed in my bathroom at my house in Avondale and was pronounced dead on arrival at Kensington 24 hour medical emergency Clinic.

“My friend Becky had serious medical problems and suffered from severe depression which very few people knew about. Only a week before her death, she had collapsed while staying at their family home (where she was residing with her brother in Belvedere) and was treated at Parirenyatwa Hospital. She had been fighting a drug addiction problem exacerbated by traumatic family relationships and depression. To my knowledge, she had abstained from drug intake for some time and was on a recovery path,” explained Tin Tin.

Contrary to Rebecca’s brother’s statement where he claimed to have been in disagreement with his sister going to visit Tin Tin, the actress said he was in full agreement.

“Becky contacted me and asked if she could visit for a couple of days with her two kids aged 13 and 3 to get some relief from the family stresses. I went to pick her up with the full agreement of her brother. We had so much fun during those two days.

Narrating the fateful incident, Tin Tin said: “On the second day of her visit, Becky was taking a shower in my bathroom upstairs and I sent the kids (my 4-year-old and Becky’s 3-year-old) to get some Vaseline from her. They found Becky collapsed in the shower and raised alarm. I then went upstairs to see what was happening and to my horror, what the children were shouting about was indeed true.

“I can never forget the events that followed that just seem like a long nightmare. The brother refused to assist or even to have his wife accompany us back to Pare. Back at Parirenyatwa, we finally got the assistance of the doctor and the police post. It was only then that the police spoke to Becky’s brother who finally came over for the statements to be completed. The body was taken to the funeral parlour,” said Tin Tin.

She said contrary to the media reports, there were no drugs involved at her house or during the time of Rebecca’s stay with her.

“A search in my home by 10 police officers found none (drugs). The autopsy report states that Becky had an enlarged heart approximately six times the normal size.”

She added that she was disgusted that Rebecca’s family was apportioning blame of her death on her.

“Finally, I am appalled at how Becky’s family would try ‘kundipomera mhosva’. I am at total peace with my God and with my friend’s spirit. I’m at peace that my friend spent her last day on this earth in an environment she felt loved unconditionally, where we laughed, ate, danced and sang with our kids.

“I gave my Becky a place she and her two boys could just relax and be happy even if it was only for that brief moment,” concluded Tin Tin.