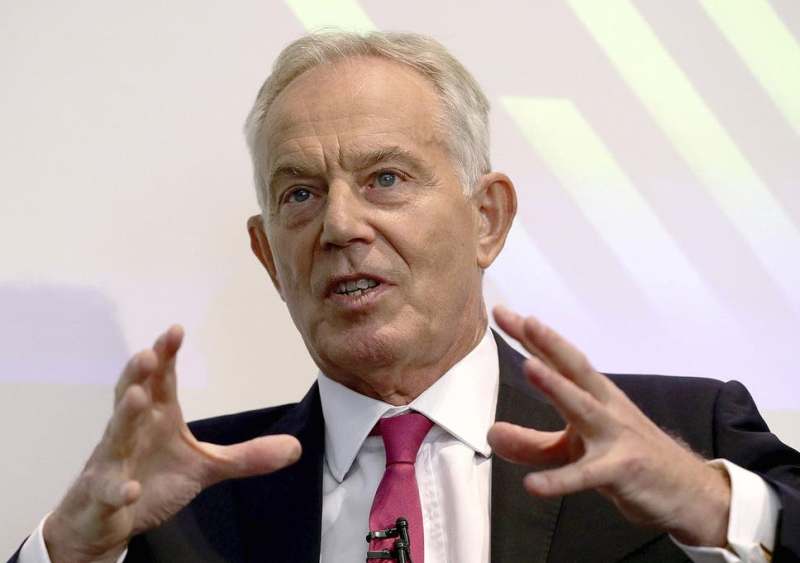 Relations between Zimbabwe and its former coloniser collapsed during Mr Blair’s tenure as head of the British Government after Zimbabwe embarked on the Fast-Track Land Reform Programme at the turn of the millennium.

Mr Blair then led an international crusade against Harare, resulting in the imposition of economic sanctions by the European Union (EU), the United States (US) and much of the Western world.

The sanctions ruined the country’s economy.

Diplomatic ties between Zimbabwe and Britain have, however, progressively improved following the change of administration in Harare, with increased exchanges now taking place between the two.

In a stunning about-turn, Mr Blair, who now heads the Tony Blair Institute for Global Change, told CNBC Africa recently of his wish for the Zimbabwe Government’s reform agenda to succeed.

He said he was prepared to meet President Mnangagwa privately to help facilitate the mending of relations.

Last week, a spokesperson for the Tony Blair Institute for Global Change told The Sunday Mail that Mr Blair would be “happy” to meet with President Mnangagwa.

In an interview with CNBC Africa, Mr Blair, who resigned from the British premiership in 2007, was asked how acrimonious his relationship with Zimbabwe was.

“I think acrimonious was probably an understatement,” said Mr Blair, adding, “I am happy to speak to (President) Mnangagwa, but these things are best done in a private way.

“I was actually thinking about Zimbabwe the other day. I think, at certain points, there were misunderstandings, not genuine disagreements. If Zimbabwe were to get its act together, it would be an exciting place to be.”

This is not the first time Mr Blair has made overtures aimed at meeting the Zimbabwean Head of State.

Last year, he formally requested a meeting with President Mnangagwa when he attended the Rwanda Liberation Celebration Day in Kigali.

The meeting, however, failed to materialise after a scheduling mix up.

Speaking to journalists ahead of his departure at Kigali International Airport, the President said he had no problems sitting with Mr Blair.

“Yes, actually I received communication from New Zealand (yesterday morning) that Mr Tony Blair wants to meet me here in Kigali, and I said that I had no objection. But, I understand he has not arrived, and we are leaving. If he had arrived on time, I would have met him.”

President Mnangagwa’s Government has, since assuming office, been implementing political and economic reforms outlined in the Transitional Stabilisation Programme (TSP).

The reforms have included repealing legislation considered anti-democratic including the Public Order and Security Act (POSA), and the Access to Information and Protection of Privacy Act (AIPPA).

Government is also reforming electoral laws to ensure that future elections do not end in dispute.

Reforms to the economy have seen a repeal of indigenisation laws, propping up of the country’s investment profile and reintroduction of a local currency, among others.

Further, Government last week struck a multi-billion-dollar compensation deal with white former commercial farmers whose land was compulsorily acquired during land reform, a key demand for normalisation of relations with the West.

He added: “But we work in many countries across Africa on reform and would always want to help countries make the necessary and right reforms.”

Foreign Affairs and International Trade Deputy Minister Mr David Musabayana said such an overture is welcome in the context of Government’s re-engagement programme.

“The President has always said that re-engagement is at the centre of his Government’s work programme,” said Deputy Minister Musabayana.

“So, if Blair says he wants to sit down with President Mnangagwa, he is very much welcome. You need to appreciate that re-engagement is about finding each other and mending bridges. So obviously we are mending bridges where they have been broken and where cracks had developed. This fallout also happened during Blair’s time so if he says he is willing to assist I am sure the President will be willing to sit down with him.”

“We have a new dispensation in Zimbabwe which is open for business and re-engagement. Naturally this is wisdom coming with experience on Blair’s side who now portrays himself as an international statesman,” said Mr Mureriwa.

Separately, Zimbabwe and Britain are laying the ground for the opening of formal political dialogue to normalise relations.

After nearly two decades of estrangement, the two nations are reaching out to open bilateral discussions aimed at turning the page on hostile relations. Following Brexit — Britain’s departure from the European Union — there have been high-level overtures by both Harare and London to replicate the Zim-EU dialogue platform which is currently ongoing.