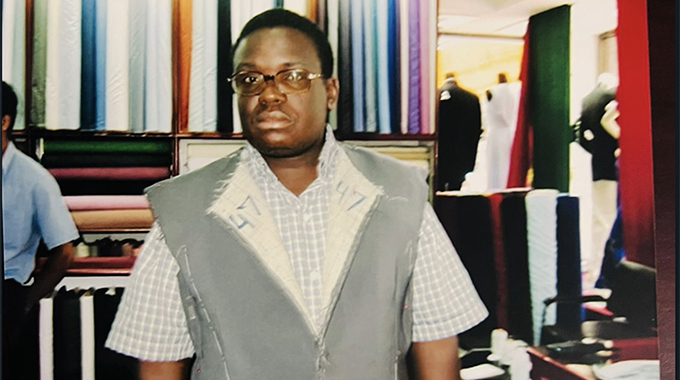 HARARE – Former CBZ Holdings Limited group chief executive officer Nyasha Makuvise’s wife recently got the shock of her life after discovering her husband was cohabitating with a mistress in Harare when she believed he was in Dubai for the past two years.

Clarietta Makuvise (nee Mbizi) has since mounted an adultery lawsuit against her husband’s lover Tsuu Machingura claiming US$100 000 in damages.

It has also emerged that the former CBZ boss had, during the past two years, lied to his wife that he suffered advanced cancer, misleading her to sell some of the couple’s properties for his medication.

He used the money to build a new empire with his newly found love.

To inflict more pain on Clarietta, Makuvise blocked her when the couple’s daughter was getting married with Machingura taking her role as the mother.

Besides the adultery claim, Clarietta has instituted divorce proceedings against Makuvise and another urgent court application seeking to place a caveat on the couple’s properties.

In the latest case, Clarietta told the High Court she was legally married to Makuvise in terms of the Marriages Act [Chapter 5:11], on July 26 1996 and the marriage still subsists.

The two were blessed with two children.

Court papers show that Makuvise moved from his matrimonial home in 2019 and never returned.

All the time, Clarrietta assumed her husband was working in Dubai.

The top banker’s wife only discovered the truth last month and was convinced her marriage of over three decades had irretrievably broken down.

Clarietta is seeking US$40 000 for contumelia and US$60 000 being damages for loss of consortium, disruption of comfort society, loss of financial support and loss of society.

In the summons, Clarietta told court that she had a fulfilling marriage and marital relationship, financial wealth, stability and harmony.

“The Plaintiff worked very hard to contribute and build a lifestyle that is beyond average and invested her time into nurturing her family.

“Together, they enjoyed a blossoming marriage of companionship which has always been in the public eye owing to the fact that the Plaintiff’s husband was a well-known business executive whose reputation and influence pervaded the whole country,” wrote her lawyers.

The lawyers said Clarietta enjoyed a lifestyle of financial support from her husband, a lifestyle of being pampered with expensive gifts, surprise parties and events to honour her and expensive holiday trips around the world.

All this ended when the adulterous affair began.

“The defendant (Machingura) betrayed the trust of Clarietta because at all material times, the plaintiff had known the Machingura only as a friend to her daughter and not the lover of her husband.

“It is only sometime in August 2022 that the plaintiff unearthed the truth of the adulterous affair between her husband and the defendant.

“The disposed properties have been to fund the adulterous relationship’s luxurious trips and holidays.

“It has also led to the defendant being bought luxurious motor vehicles and leaving a luxurious life where herself and her family members have been spoilt to some of these holidays’ trips and expensive gadgets.

“In simple words, the defendant now enjoys the lifestyle that the Plaintiff used to enjoy prior to 2019,” further reads the summons.

Clarietta said she was blocked out of all of her assets and investments.

“Due to the adulterous relationship, the Plaintiff’s husband has also negated the Plaintiff in their family businesses, as she no longer is consulted on the running of the businesses and most of the assets are disposed of without her knowledge or consent.

“Furthermore, as a result of the adulterous affair, the Plaintiff’s husband forcefully took away the couple’s minor children from the Plaintiff and unlawfully removed them from the jurisdiction, thereby causing Plaintiff untold suffering.

“Therefore, by reason of the adultery, Plaintiff has not seen her children since sometime in August 2019, namely Nyasha Junior Makuvise who is still a minor and Ruvarashe Makuvise, who was a minor at the time she was illegally removed from this jurisdiction, without as much as plaintiff’s signature.”

She said her minor children have been staying alone at a hotel in Dubai, where they were dumped by Machingura and her husband.

She avers that she has suffered contumelia as a result of the adulterous relationship and has been subject to insult, embarrassment, injury, hurt and indignity.

Makuvise’s wife also said Machingura has not shown contrition but instead carries herself in a way that is meant to humiliate her.