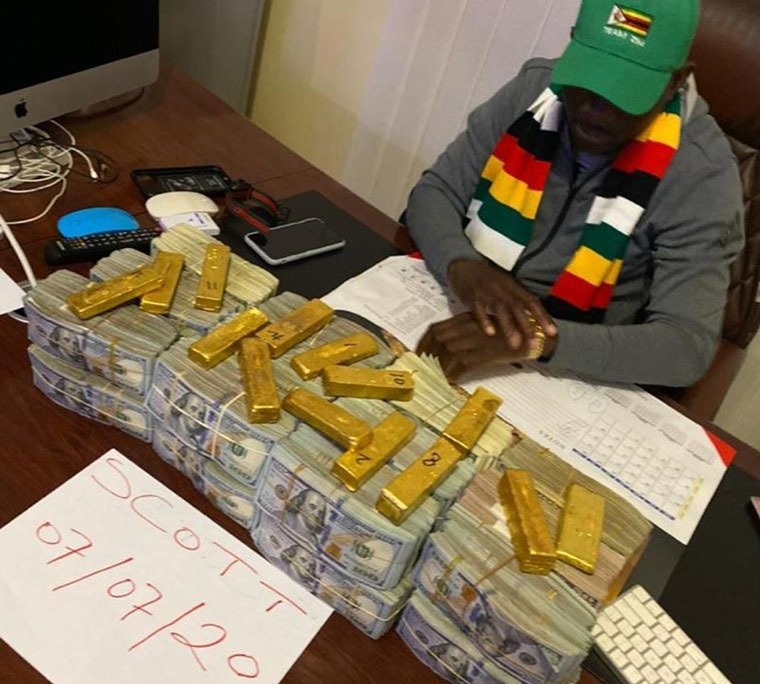 HARARE – Prominent Harare gold dealer Pedzai Sakupwanya, popularly known as Scott, is in the eye of a storm amid accusations that his Betterbrands Mining Company illegally snatched 132 gold mining blocks from Redwing Mine in Penhalonga in connivance with Redwing judicial manager, Cecil Madondo.

The matter came to light after another company, Probadek Investments, approached the police and the courts claiming that they had earlier entered into an agreement with Redwing through Madondo – who is in remand prison facing charges of fraud over the Sakupwanya deal – to mine on the same blocks that were later awarded to Sakupwanya’s Betterbrands.

Probadek’s owners say after investing over US$300,000 as initial payments, and expecting tens of millions of dollars in profits on the long-term mining deal, they were shocked Madondo signed a deal with Sakupwanya.

Probadek signed the joint venture with Redwing in October, while Sakupwanya’s Betterbrands signed in December, sparking a dispute on who between the two companies should mine at the disputed gold claims.

A source told ZimLive that Sakupwanya, who boasts of links with President Emmerson Mnangagwa, is in panic mode after a Chinese national he has been working with was arrested over the dispute.

A police source said: “Probadek was the first sign to sign the agreement with Redwing. Information we have is that at first Probadek and Betterbrands wanted to enter the deal together, but they did not agree on the shareholding.

“Probadek then signed the deal and were unaware that Betterbrands were later given the same gold claims.

“Probadek initially paid about US$300,000 as deposit. The total investment was about US$3 million. When they realised that they had been duped, they then took legal action and caused Madondo’s arrest. Madondo is in remand prison as we speak.”

Probadek have reported the apparent fraud to the police for the arrest of Sakupwanya, but so far only his Chinese partner has been arrested.

The dispute has reportedly attracted the attention of the Special Anti-Corruption Unit.

The agreement between Redwing and Betterbrands says Betterbrands was to invest US$3 million, but the company paid a paltry US$50,000 to get the deal. The company was targeting paying off the remainder using proceeds from mining activities.

Last year, pictures of Sakupwanya posing with dozens of gold bars went viral on social media with reports at the time saying he was a runner for rich white gold dealers.

The gold dealer drives fancy cars and regularly posts pictures with Mnangagwa’s sons while pledging his loyalty to the Zanu PF party.

He was pictured at State House late last year after donating 100 tonnes of maize meal to Mnangagwa to be distributed to vulnerable communities suffering the burden of the Covid-19 pandemic.

Sakupwanya is campaigning to be a councillor in Mabvuku in the 2023 elections on a Zanu PF ticket.