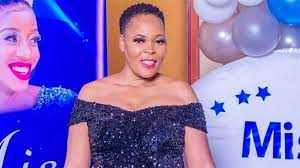 Former Miss Zimbabwe princess model Mercy Mushaninga has appeared in court on allegations of defrauding models of their money resulting in them being stranded in Dubai where they are now receiving assistance at the Zimbabwe embassy.

Mushaninga (47) was facing fraud charges when she appeared before Harare magistrate Mr Dennis Mangosi who remanded her in custody to Monday for bail ruling.

The court heard that sometime in August 2022, the accused person who is a former Miss Zimbabwe princess, contacted some of the complainants through her cell-phone. She sent an article through WhatsApp social groups titled 2022 Winners and LMMZ 2022 Finalists in which she invited complainants who are models to participate in the 6th Miss Universal VIP World 2022 and the 16th Little Miss Universe Beauty Pageant event in Dubai scheduled for October 25-30.

It is the State’s case that Mushaninga introduced herself as the organizer of the events and asked complainants to pay for their own air ticket fees, visa fees and accommodation through her.

Accused further advised the complainants that they would be travelling and staying together as a team at Al Habtoor Hotel Polo Resort in Dubai.

The complainants paid different amounts of money ranging from US$1650 to US$2900 each to the accused person to cater for the event.

It is alleged on October 24, the day of the scheduled date of travel, and at Robert Gabriel Mugabe International Airport, the complainants learnt that they had been duped by the accused person after she failed to provide their air tickets, visas and proof of their hotel accommodation.

On October 25, the complainants made their reports at Harare Central Police Station.

Polo Resort in Dubai after the accused swindled them US$2000 cash meant for their hotel bills.

They have since approached the Zimbabwe Embassy for assistance.

The five complainants contributed an amount of US$10 200-00 and nothing was recovered.