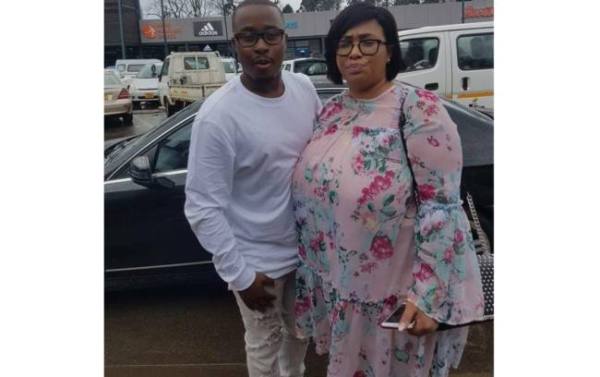 Njabulo Nkomo who is popularly known as Tytan Skhokho is set to marry his wife, United Kingdom-based businesswoman and socialite Olinda Chapel for the second time.

In an audio that is currently circulating on social media, Olinda could not hide her joy as she shared their plans.

She said on May 28 there is going to be a Lobola ceremony (marooro) for her.

Olinda and Tytan got married in Harare on June 29 2018 and their marriage still subsists.

The news recieved a lot of mixed reaction on social media but some defended the couple.

Tbh I don’t see the point of getting married twice in the same country unless they are trying to convince someone that they are in love no offense but mari yemuchato dai vato investor in other things like property etc..

Listen to the audio that was shared by Zimcelebs on Instagram.

The couple is also set to renew their wedding vows and the big day has been set for 2 July 2022 at Fairview Hotel, Windsor as announced by Olinda on her Facebook page late last year.

Dear friends and family, invites to follow, in the mean time save this day for us.

She also shared a wedding card that was written:

“ON OUR WEDDING DAY WE VOWED TO LOVE EACH OTHER FOREVER. THESE VOWS WERE TESTED, BUT OUR ENDURING LOVE FOR ONE ANOTHER HAS PREVAILED. SO WE COME ON THIS DAY TO MAKE A FRESH START AS WE RENEW OUR VOWS TO LOVE AND TO HONOUR EACH OTHER AND RE-AFFIRM OUR LOVE FOR EACH OTHER.”

Olinda Chapel is one of those celebrities whose marriage has been constantly scrutinised on social media.

Recently she took to her Facebook and expressed her frustration with people who kept on tagging her on comedienne Felistas Murata’s wedding event.

Murata, who is popularly known as Mai Titi tied the knot recently with her husband Tinashe Maphosa.

In one of the incidents where Olinda was tagged was when Mai Titi arrived at her wedding venue in a helicopter.

Responding to one Facebook user Sibongile Katope who had tagged her, Olinda wrote:

“I arrived in a helicopter in 2011 when I got married to Jaden’s dad.”