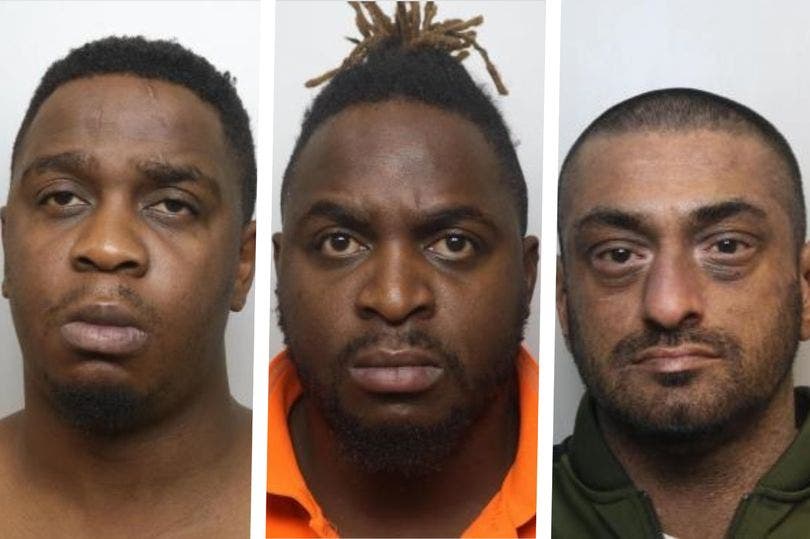 Two brothers of Zimbabwean origin and their friend have been jailed in the United Kingdom following a vicious machete attack that occured in broad daylight last year.

The two brothers, Benedict Zvekare (25) and Blessing Zvekare (29) together with their friend Arif Chohan (41) were jailed following the stabbing of a man in Doncaster in September last year.

The rock shattered the front passenger window where Benedict was seating. After the window shattered, Blessing stopped the vehicle and a furious Benedict armed himself with a large serrated machete and chased after the miscreant. Another man who was in the BMW armed himself with an iron bar and joined the chase.

The two men managed to catch and knock down the rock-throwing victim. They then assaulted him.  Benedict stabbed the man in the head, kicked him and stabbed him as he lay on the ground

“It was a targeted, vicious and sustained attack in which the victim was completely helpless on the ground.

“They didn’t care who saw them.”

The chase and the subsequent attack were captured on video by a fire engine which was in the vicinity. Jurors were shown the footage of the attack and told the victim had managed to get up and walk away before collapsing due to the severity of his injuries.

During the entire chase and attack, Blessing stayed in his silver BMW. When the two men finished assaulting the window-breaking victim, Blessing drove them away from the scene.

The victim was ferried to the hospital where he stayed for five days while in critical condition.  Following police investigations, the three men were arrested and charged for the vicious machete attack.

Benedict was charged with attempted murder and possession of an offensive weapon while the other two were charged with assisting an offender.

The Zvekare brothers and Chohan were found guilty following a trial that lasted more than a week.

On Friday last week, a jury found the 25-year-old defendant guilty of attempted murder by a majority of 11-1 and he was jailed for 20 years.

The two Zvekare brothers also have a record of committing violent crimes. In 2018, Benedict Zvekare was wanted in connection with a knifepoint robbery in the Green Dyke Lane area of the town.  In 2019, Blessing Zvekare was convicted of assault by beating and ordered to perform community service.

How Prophet T.B Joshua Prayed On A Mountain to End Coronavirus, Refusing to Eat