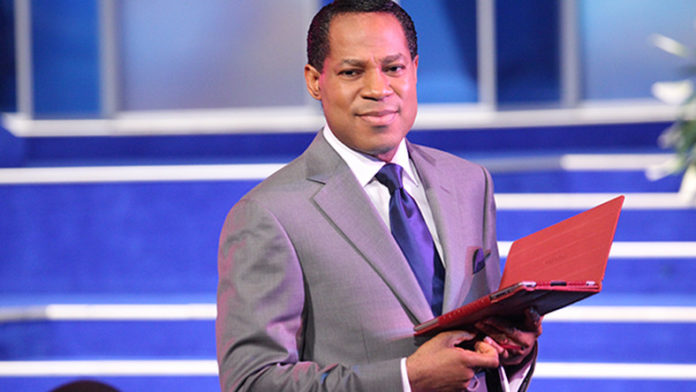 THE BROADCAST regulator has fined a religious satellite channel £125,000 for what it called ‘potentially harmful and unsubstantiated’ theories about the Covid-19 virus.

Ofcom said that issues came during Loveworld’s 29-hour Global Day of Prayer which included statements claiming that the pandemic is a “planned” event created by the “deep state” for nefarious purposes, and that the vaccine is a “sinister” means of administering “nanochips” to control and harm people.

The Global Day of Prayer featured sermons and reports from pastors around the world, as well as scripture readings, worship, hymns and news segments.

But Ofcom said statements had claimed that “fraudulent” testing had been carried out to deceive the public about the existence of the virus and the scale of the pandemic.

Others linked the cause of Covid-19 to the roll out of 5G technology. One claimed that “it was never the virus, it was the 5G” that had resulted in illness and deaths globally.

The regulator said coronavirus quarantine facilities for travellers entering a country were described as “concentration camps”, “not limited to people with Covid” and comparable to concentration camps used by the Nazi regime during the Second World War to implement ethnic cleansing.

Ofcom said there were claims that face masks were “evil” and posed “a lot of health hazards”.

The regulator’s analysis discovered another broadcast claim that coronavirus testing “is one of the biggest frauds” that “has only brought poverty and degradation to many nations” by deceiving the public about the scale of the pandemic and the existence of the virus.

Coronavirus vaccines were part of a plan to introduce a “New World Order” in which people that have received a vaccination “can be controlled”.

One preacher known as Pastor Chris said during a sermon that there had been “checking and reporting that several of these vaccines include the nanochips” that would allow for people to be controlled.

Ofcom stressed that legitimate debate about the official response to the coronavirus pandemic is “fundamental” to holding public authorities to account during a global health crisis – particularly when public freedoms are curtailed and complex policy decisions are being taken.

But it said the “potentially harmful claims” made during this programme were “unsupported by any factual evidence and went entirely without challenge”.

It said: Loveworld’s failure to put these unsubstantiated statements into context risked serious harm to its audience.

“They had the potential to undermine confidence in public health measures put in place to tackle Covid-19 – at a time when cases, hospital admissions and deaths were rising in the UK, and when people were looking for reliable information given advances in the vaccination programme.”

Ofcom had directed Loveworld not to repeat the programme, which was broadcast in early December and to display a summary of their findings.

The satellite broadcaster apologised “for any shortcomings”, “kindly request[ed] that leniency be applied” and “hop[ed] that no further sanction” would be imposed.

But Ofcom said that given the seriousness of the breaches”, it considered a “further statutory sanction” was warranted and issued a financial penalty of £125,000, which will be passed on to HM Paymaster General.

The regulator said it was particularly concerned that this breach followed previous, “similar breaches” in 2020 during the investigation of which, Loveworld gave Ofcom a number of assurances as to how it would improve its compliance procedures.

Loveworld said it “aspired to achieve high standards in all its programming output and considers itself to be a force for good”.

It said it accepted that the programme broadcast “could and should have provided better protection for members of the public” and it recognised the need for a “step change” in ensuring compliance.

But it said that a fine was disproportionate, “draconian” and was not appropriate given that it is a small organisation with 21 employees with profits which “fell significantly” since 2018.

It said the channel was broadcast to a “relatively limited number of people in the UK”.

Loveworld said the broadcast was intended “to be mainly about prayer” and that “unfortunately there were some unguarded comments”.

It that it was broadcast through a direct feed from Lagos, Nigeria and that it did not have full editorial control.