UK has detected a new Covid variant. Here’s what we know so far about omicron XE 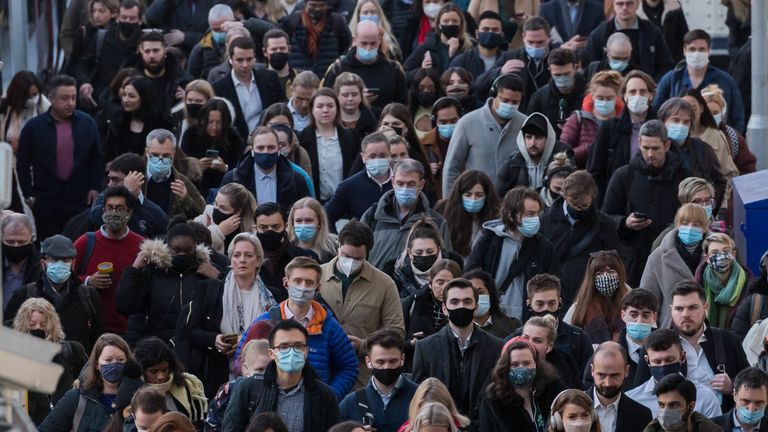 LONDON — A new omicron subvariant has been detected in the U.K. as the country faces a renewed surge in Covid-19 hospitalizations.

The XE variant, as it is known, has so far been detected in 637 patients nationwide, according to the latest statistics from the U.K. Health Security Agency, which said there is currently not enough evidence to draw conclusions on its transmissibility or severity.

It is what’s known as a “recombinant,” a type of variant that can occur when an individual becomes infected with two or more variants at the same time, resulting in a mixing of their genetic material within a patient’s body.

XE’s transmissibility, severity not yet conclusive
Such recombinants are not uncommon, having occurred several times during the coronavirus pandemic.

Data on the new variant’s severity and ability to evade vaccines is not yet clear, though early estimates suggest it could be more transmissible than earlier strains.

UKHSA data shows XE has a growth rate of 9.8% above that of BA.2, while the World Health Organization has so far put that figure at 10%.

Health authorities have said they are continuing to monitor the situation.

“This particular recombinant, XE, has shown a variable growth rate and we cannot yet confirm whether it has a true growth advantage. So far there is not enough evidence to draw conclusions about transmissibility, severity or vaccine effectiveness,” UKHSA’s chief medical advisor, professor Susan Hopkins, said.

The earliest confirmed XE case in Britain has a specimen date of Jan. 19 of this year, suggesting it could have been in circulation in the population for several months. It has also been detected beyond the U.K. in Thailand.

Surging cases
It comes as the U.K. faces a new surge in infections. Still, the XE variant currently accounts for less than 1% of total Covid cases that have undergone genomic sequencing there.

According to the Office for National Statistics, 4.9 million people in Britain, or 1 in 13, were infected with Covid as of March 26 — a record high since its survey began in April 2020. Hospitalizations, meanwhile, have risen more than 7% in the last week to over 16,500.

According to Imperial College’s latest React study, an estimated 8.31% of the over-55 age group tested positive as of the end of March — nearly 20 times the average prevalence recorded since the survey started in May 2020. Cases among children and younger adults, meanwhile, appear to be plateauing.

The findings mark the 19th and final round of the study as Covid restrictions and surveillance systems are unwound in the U.K. and beyond.

The British government on Friday pushed ahead with plans to cease two virus surveys and scale down a third. Meanwhile, Israel and Denmark, two front-runners in research and vaccines in the early days of the pandemic, have dramatically cut back testing.

The scaling back of Covid data could make it more difficult to predict surges and understand new variants.

It comes as China — itself in the midst of its latest surge which has seen Shanghai enter into an extended lockdown — also recorded a new subvariant labeled BA.1.1.

The variant does not match other Covid types sequenced in China or reported to the global variant database, and was found in a mild Covid case in Suzhou, a city near Shanghai.-CNBC