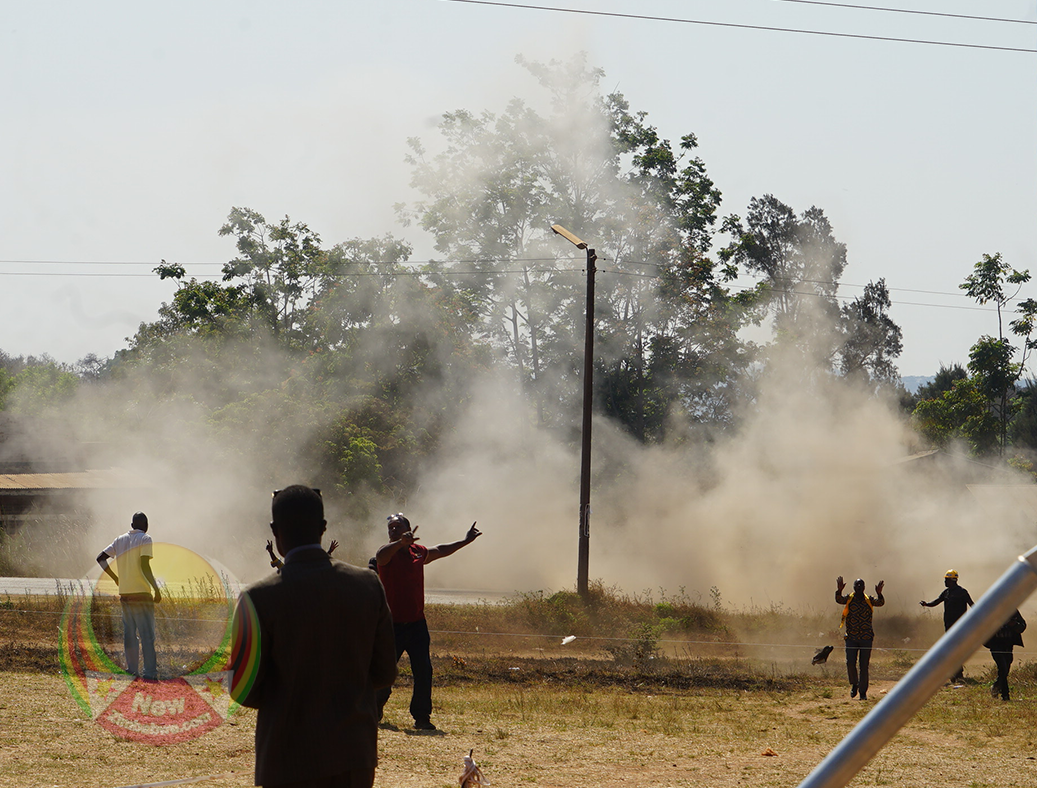 A suspected bomb has just exploded at the venue where Nelson Chamisa led Citizens Coalition for Change (CCC) is having its rally.

The explosion occurred as Chamisa’s motorcade was about to enter Gadzema stadium in Chinhoyi.

Suspected Zanu PF activists staged a movie-style drive past the venue and detonated explosives sending panic among the gathered crowd.

The loud explosion shook the grounds.

Eye witnesses said, “a man in a silver car dropped ‘something’ and a few minutes later it exploded.”

The party is having its thank you rally after winning the recent by- elections.

CCC bagged five out of the six local authority by elections in Chinhoyi’s Ward 2, 3, 8, 12 and 14, where its candidates Patricia Chibaya, Richard Vhitirinyu, Mukudzei Chigumbura, Dyke Makumbi and Chipo Mhlotswa romped to victory.

The rally is however going on and Chamisa is expected to address his party supporters soon.-NewZimbabwe