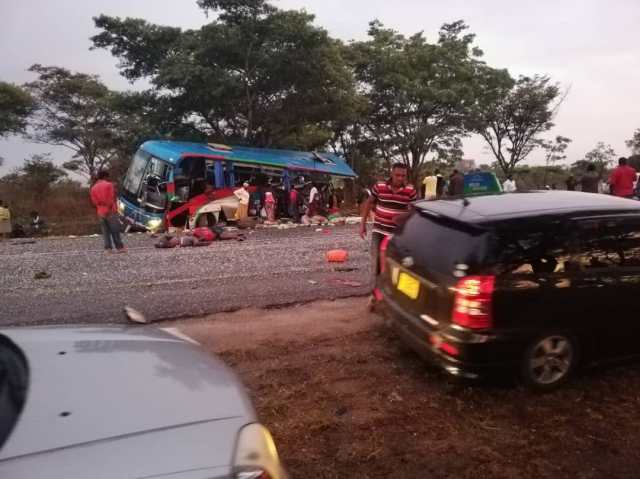 Rusape Police spokesperson confirms 45 died on the spot. Earlier on we had reported a tragic accident which happened in Zim yesterday of Forty-seven people being killed in Zimbabwe on Wednesday when two buses collided on a road between the capital Harare and the eastern town of Rusape, police told AFP.

But we have received intel from the Rusape Police spokesperson Isaac Gowe. He also said that It wasn’t a head-on collision. He said 46 people had so far died and of those 46, 45 died on the spot and one at the hospital.

The paper said the morgue at the local public hospital in Rusape had run out of space and sought help from a private funeral parlour to take in some of the corpses.

Traffic accidents are common in Zimbabwe, where roads are riddled with potholes due to years of underfunding and neglect, but the highway where the accident occurred had been recently resurfaced.

In June last year, 43 people were killed in a bus crash in the north of the country, along the highway leading to neighbouring Zambia. Deputy Transport Minister Fortune Chasi said the government will take steps to curb the road carnage.

“Totally needless loss of lives. This event should be the last before stern measures are taken,” he tweeted, promising to rein in public service vehicles and their owners.