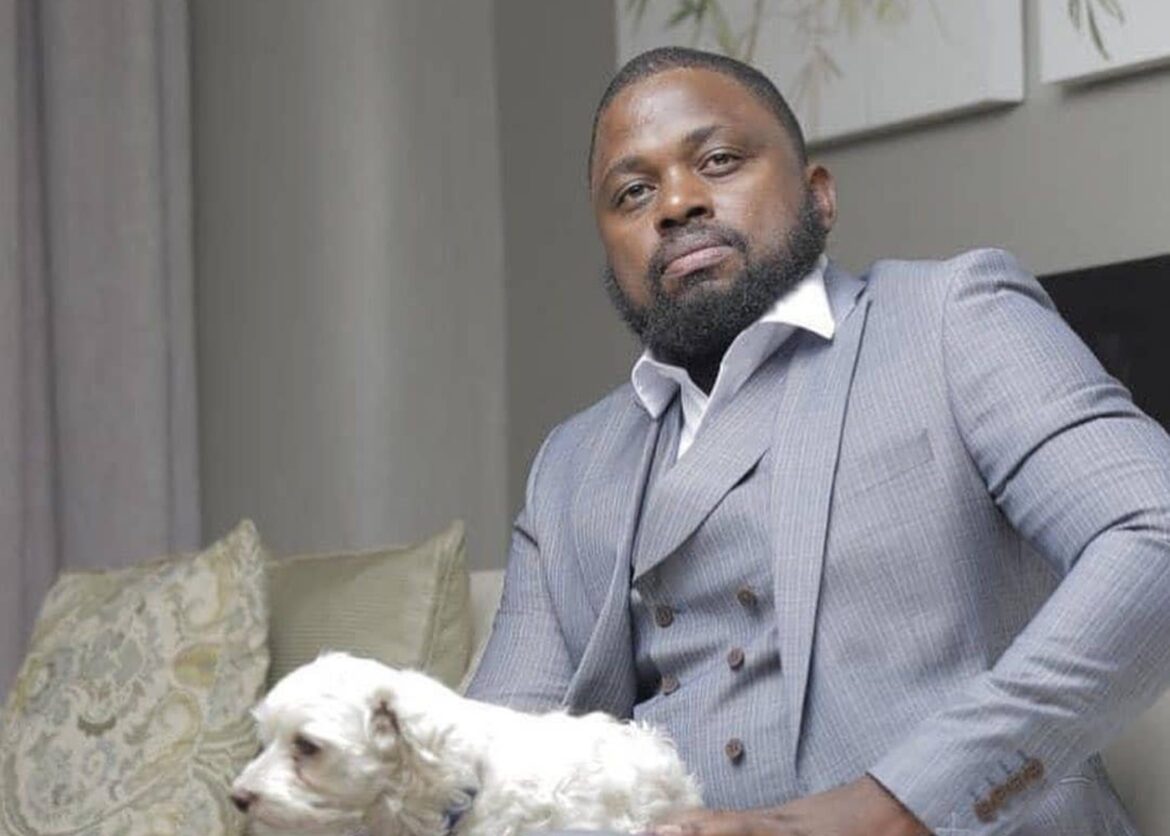 The house has an outdoor play area, swimming pool and a tennis ball court.

Recently voted the Second Most Influential Man Under 40 by the Zimbabwe Institute of Management, Mutarisi has exerted his Nash Paints brand well in the paint manufacturing and distribution sector and is fast-spreading his tentacles into the region and beyond.

So passionate about self-actualization is the man that he has even diversified into other business lines including the high tech lifestyle brand Avion Zimbabwe and the newest baby in his empire, Nash Furnishers.

His phenomenal rise speaks to David Oglivy’s assertion that you will never win fame and fortune unless you invent big ideas. The success that he has become is, however, not synonymous
with the circumstances under which he grew up.

Losing his parents at a young age meant he had to throw away the luxury of youth to become the sole breadwinner and source of hope for his siblings.

“Sometimes life can take you through very painful phases, but like Khalil Gibran posits, your pain is the breaking shell that encloses your understanding. Whatever I am today is a
result of the challenges and pain that I endured growing up,” Mutarisi told Standard Style.

“Losing my parents at a young age meant there was no time to enjoy my youth. I had to quickly adjust into adulthood and seek ways to fend for myself and my siblings.

His house is stocked with high-value furniture and gadgets. It has stairs which allow kids to slide down to the ground.

He also has operations far stretching into Zambia South Africa and Botswana.

“However, like Oprah Winfrey says, there is great wisdom in turning your wounds into wisdom and I reckon that approach helped me rise from oblivion into becoming a successful someone
who spares a thought for the less privileged and disadvantaged.”

Mutarisi’s self-actualisation journey took him through various life stages, including some stints as a branch manager for a retail giant in Chivhu, some vain search of fortune in neighbouring Botswana before he made a return to Zimbabwe to start his paint business at a rundown shop at Guzha shopping centre (Chikwanha) in Chitungwiza.

Even more striking about the man is the fact that despite all that success, he has remained humane and continues to spare a thought for the marginalised and disadvantaged.

“Our human resources policy at Nash Paints Group is very clear on women empowerment and we are happy with the strides that we are making in giving women a chance in a generally limited
employment sector,” he said.

“We have a deliberate recruitment plan that allows us to give women the nod so that they can rise beyond societal limitations that our culture has entrenched for a long time.”

True to the affable businessman’s assertion, a good number of top management positions at Nash Paints are taken up by women and the same applies for other positions within the
organisational hierarchy.

Mutarisi has also been able to employ some disadvantaged youths, solely for the reason to empower and pluck them out of the misery that their backgrounds and family set-ups bestow on
them.

“I have realised that my story inspires many and a lot of young people look up to me. Not a day passes without me getting a request for support or some form of positive nudge by
struggling youths,” he said.

“Their predicament and challenges appeal to my conscience given my background and oftentimes, I have gone out of the way to try and change their situation.

“I am, however, encouraged by the positive strides that the majority of them are making in changing their lives and those of their loved ones.”

One such beneficiary of Mutarisi’s benevolence is Best Mapira, a boy from Nyazura now employed in the production department at the paint manufacturing company’s headquarters in Graniteside in Harare, who actually pestered the businessman for a job on Facebook.

“I then approached Mukoma Nash for a job on Facebook being someone I have admired for a long time. This was just a try for me, but I was shocked when he then announced that he was
offering me a job with a very reasonable salary and a mobile phone handset from his Avion Zimbabwe range.”

Mapira has since derived value from this gesture and has gone on to build and paint a modest home for his mother in his rural home in Nyazura. Thanks to the Nash Paints job, he has also been able to achieve his childhood dream of recording music and has released a gospel song that is rocking the airwaves.

“I love my mother and it always pained me that in spite of the various jobs I got, I could not provide adequately for her,” he said.

“However, the Nash Paints job has allowed me to build a modest home for my mother and I am also happy that I managed to record my first single Makomborero, which is rocking the
airwaves.”

Mutarisi, through his various brands, has also immensely contributed to the development of local arts through sponsoring painting competitions in schools, partnering in hosting
entertainment events like the fast-growing periodical Madirirano as well as album launches by various artistes like Alick Macheso, Jah Prayzah, Ex-Q and recently the album Gango by
dancehall sensation Freeman, to name a few.

Of this gesture, Mutarisi said he was passionate about local arts and believed in its potential to create employment and contribute to the growth of brand Zimbabwe.

“I know what it means to dream and I believe in the potential of local artistes and the arts industry as a whole,” Mutarisi said.

“My contribution to the arts sector is, therefore, designed to grow talent at the same time contributing to the growth of brand Zimbabwe through music tourism.”

The businessman also continues to reach out to various academically-gifted students with scholarships from primary to tertiary education and every birthday celebration of his is
punctuated with generous donations to children’s homes.

“I strongly believe we are blessed for others and we should share the little we get with the less privileged,” he said.

“I have a very touching account of a person who helped me ferry my dying mother to the local health centre in a wheelbarrow and that experience always reminds me to stay humble and in
touch with community challenges.”

While all mortals are fallible and open to mistakes and error, Mutarisi’s humane side has made him a darling of many and his rags-to-riches story continues to inspire hope.

“I am a product of the people, from one small little paint dealership shop to a multi-million dollar business empire that is spreading across Zimbabwe and into the region,” he said.

“I continue to see the favour of God and I am grateful to my family, partners for development, the customers who made me and, of course, the government that continues to give us the
space and leverage to operate freely.

“It is one thing making it in life and another staying human and I encourage every one of us to spare a thought for the less privileged no matter how successful we become in life.”