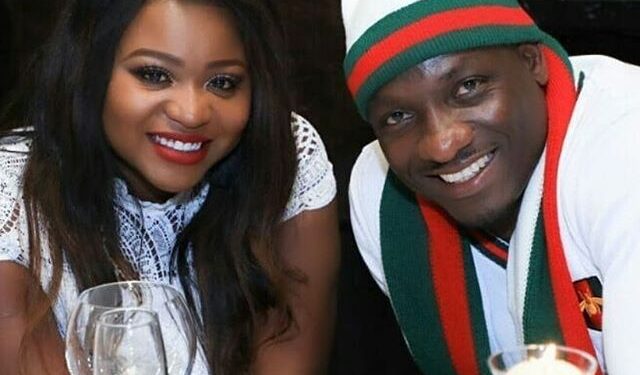 Ms Shally real name Shaleen Manhire Nullens is a Zimbabwean born businesswoman based in South Africa. She is Ginimbi’s former manager and the owner of a number of businesses such as Conquered Events and Conquered TV.

Background
She was born in Harare and moved to South Africa when she was 12 years old.Her father had a stroke in 2010. Her father died in February 2021 aged 71.

Husband
She is married to a Belgian named Eric Nullens.

Education
She graduated with an accounting degree from the University of South Africa. In 2014 a publication reported that she was studying towards an MBA.[1]

Career
Ms Shally started by working in her father’s business at the age of 14.

Her first job was as a tea girl for her father’s Zimbabwe-based consulting firm. She moved up to a role as a typist, then to his personal assistant by the time she was just 16.

It was a family setback that caused her to think about entrepreneurship. Her father had a stroke in 2010 and his business began to falter, and while his hospital bills were mounting, his company’s revenue was dropping. The family sold off all of their cars and withdrew money from their savings. She took over her father’s responsibilities at work to keep the company running, but it was hard. His clients knew her because she had been working for him since she was 14, but they only wanted him to oversee the projects. They only felt comfortable with him on board and when he was incapacitated, they cancelled their contracts.

She bankrolled her first business L’eau Choisie, which is a bottled still water brand based in Zimbabwe and South Africa, by working side jobs together with her husband.

The UN department UNHCR requested Ms Shally to be a co-founding member of the businesswoman network. She was also listed by Forbes Africa on the Forbes Africa 30 under 30 list as one of the young entrepreneurs in Africa to look out for.

Homelessness Claims
In December 2020, social media reports circulated that Ms Shally was left homeless after being sent packing by Ginimbi’s ex-lover Zodwa Mkandla. At the time Ms Shally was living in Ginimbi’s Domboshava mansion. In a post on Instagram, she denied the claims and said:

“I was living with Genius not because I was homeless. When Genius was buried, I flew back to South Africa the next day because I can’t live in that house without him, every corner of that house holds precious memories.”