In an incident whose video which has gone viral, there was drama at a recent funeral in Ghana after pallbearers had a lapse in coordination and the coffin they were carrying came crushing down.

The corpse tumbled out onto the ground, shocking the mourners.

The incident has generated heated debate on social media in Ghana, with many saying this practice of dancing around with a corpse-laden coffin was really unnecessary.

Dancing pallbearers at West African funerals have become a popular feat with most wakes witnessing a ‘farewell’ dance from the skilled pallbearers slash dancers.

Sources say such pallbearers are paid for the dance with the coffin.

However things did not go as planned this time, a dance routing went wrong and out came the corpse! 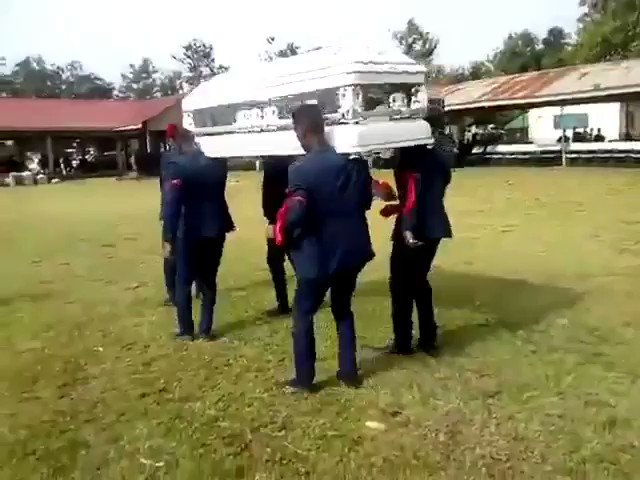 Are these things necessary? #OnuaFM

51 people are talking about this