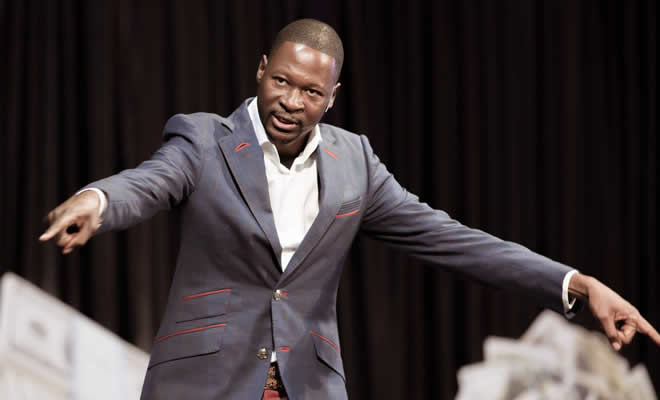 Prominent preacher Emmanuel Makandiwa who previously claimed vaccines “tampered with the DNA” of Africans and vowed to go to prison than take a Covid-19 vaccine performed a spectacular volte-force on Sunday.

Makandiwa is now urging thousands of his followers to “follow what doctors are saying” and take the life-saving jabs which scientists say boost one’s immune system to fob off the worst symptoms of the virus and also avoid hospitalisation.

“I believe in vaccines, I support vaccines. God gives people wisdom to come up with ways of dealing with some of these pandemics. I believe these things. We have medications, we have pain killers in our house. So, I’m never against vaccines,” Makandiwa said during a virtual YouTube service on Sunday whilst admitting that he took vaccines as a child.

The United Family International Church founder continued: “What are you going to do, what do you lose for getting vaccinated? And what do you lose for not getting a vaccine? If you think that ‘once I’ve received the vaccine I’ve lost it, God is out of me, I’m in trouble and I’ve sinned,’ you need to revisit your theology. That is not what the Bible teaches.

“I don’t want to hear a member, or a follower who says I’m not getting it (the vaccine) because the prophet said don’t have it. Don’t drag my name into this, this is a personal choice that you make…

“As far as this matter is concerned, we have professionals who are dealing with the issue physically, practically. I deal with these issues from a spiritual standpoint. So, what the doctors are telling you is what you need to do.”

Vaccine reluctance among some Zimbabweans has been blamed on religious beliefs and conspiracy theories fueled by charismatic preachers like Makandiwa.

In January this year, Makandiwa told his followers in another service carried on Facebook and YouTube: “Are you not seeing the side effects of the previous vaccines? It’s not always in you dying, but look at Africa. If you’re still getting help from outside, those are the effects of having been vaccinated.

“The way we think in Africa, our DNA has already been tampered with. Someone can be sitting today and is telling you, ‘look at me, I’m 90-years-old yet I was vaccinated whilst I was young, why are you afraid of vaccines?’ Ninety years, what have they achieved? That lack of achievement is a result of that vaccination, you’re not thinking properly. That’s why this one (Covid-19 vaccine) that is coming no-one is raising questions, it’s because of the previous vaccines. You’re not thinking properly.”

In another sermon, Makandiwa said “when people begin to see the dark side of this thing (Covid-19 vaccine), it would be too late” as he claimed that the vaccine would “distort” people’s DNA.

“Our leaders are not like Jesus, they’re never ready to die for their people. They would rather you all die, so that they live. They would never be the first ones to receive this thing (vaccine), why should you be deceived?”

Makandiwa’s unexpected U-turn will be welcomed by health authorities as Zimbabwe intensifies its vaccination campaign.

President Emmerson Mnangagwa announced an ambitious plan to vaccinate one million people in two weeks between July 14 and the end of the month, but vaccine hesitancy and limited facilities where the jabs can be taken has hampered the programme.

On Sunday, the health ministry said just 18,452 people took their first dose of the vaccine, far below the daily target of 70,000 to meet the million ambition in two weeks. At least 1,447,342 Zimbabweans have taken the first dose, while 680,060 are fully vaccinated.

The third wave of Covid-19 appears to have peaked with new infections going down after the government earlier this month announced stricter measures including decongesting workplaces, banning inter-city movement and imposing a dusk-to-dawn curfew.

Chunga Jailed 6 Years For Sex With A Child In UK