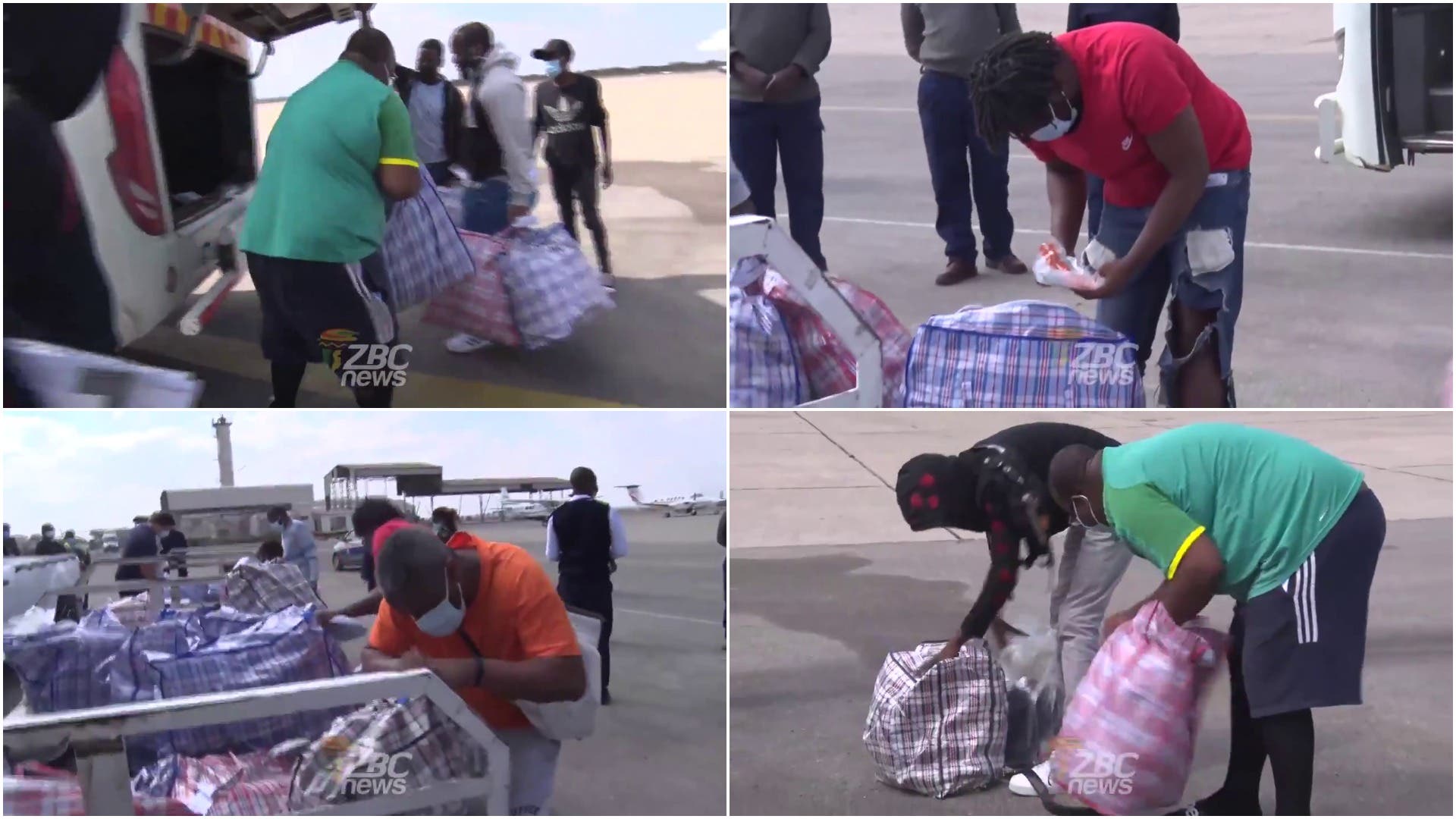 Some of the Zimbabweans who were deported from the United Kingdom (UK) spoke about their experiences shortly after arriving back home on Thursday morning.

While the first batch was expected to include up to a maximum of 50 people, only 14 people were transported back to Zimbabwe. Reports indicate that the other people earmarked for deportation stayed in the United Kingdom after filing legal challenges in the UK courts.

The 14 who arrived on Thursday were a motley bunch and most of them did not have proper suitcases. Their possessions were in checked red and blue plastic big bags – popularly dubbed the “Shangaan Bag.” The infamous bag which is also known as “China bag” or “saga bag” is regarded in some quarters as a symbol of strife, poverty and displacement.

Some of the deportees preferred not to talk to the media. However, others were quite open and opened up about their experiences. Some seemed puzzled at why the United Kingdom had decided to take such drastic measures against them. Others complained about how unfair the process had been.

Unfortunately, privately-owned media houses were barred from talking to the returning Zimbabweans by the police. Only state-owned broadcaster ZBC News was allowed to talk to the deported Zimbabweans.

Below is some of the footage shot by ZBC News.