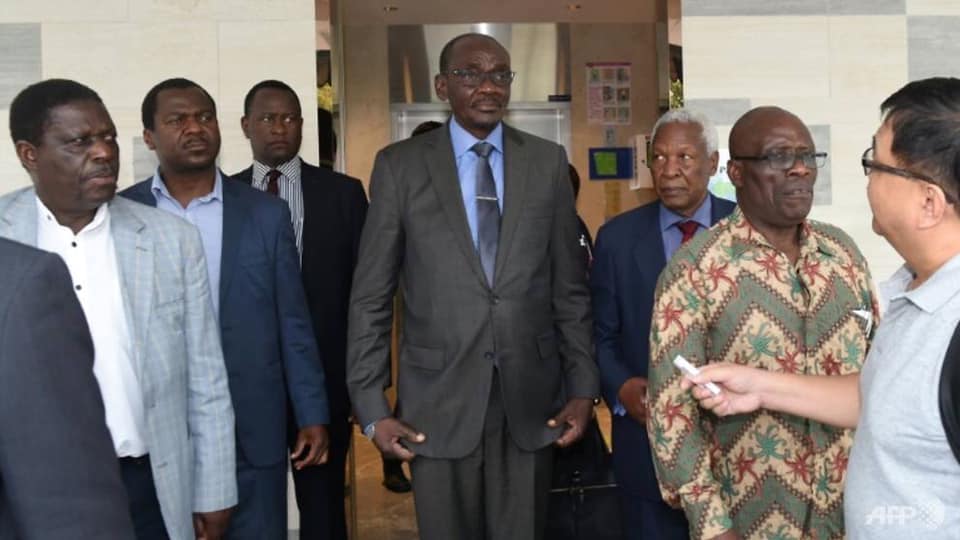 SINGAPORE – The body of Zimbabwe’s former president Robert Mugabe was due to leave Singapore at around 8.30AM (2.30AM Zimbabwe Time) on Wednesday, said his nephew Adam Molai.

Relatives and government officials attended a mass for the former leader on Tuesday at the funeral parlour where his body was being preserved following his death on September 6.

Officiated by a Zimbabwean priest, the mass was attended by officials including Vice President Kembo Mohadi.

The mood at the service was “sombre, everybody is sad”, said Molai.

Asked whether Mugabe had been bitter about being ousted, he said: “Everybody is human. When you go through an experience of that sort, of course you feel pain.”

A guerrilla leader who swept to power after Zimbabwe’s independence from Britain, he went on to rule for 37 years until he was ousted in 2017.

His health deteriorated after he was toppled by the military and former loyalists, ending an increasingly tyrannical rule that sent the economy into ruin.

Zimbabweans have been divided over how to mourn a former leader once hailed as a liberation hero but who later brutally repressed his opponents.

On arrival in Zimbabwe, Mugabe’s body is expected to be taken to One Commando army barracks, although the family is said to be intensely opposed.

On Thursday and Friday, the body will lie in state at Rufaro Stadium in Mbare township in Harare – where Mugabe took his oath of office – for the public to pay their final respects.

The official funeral will be held on Saturday at the giant 60,000-seat National Sports Stadium in Harare and foreign leaders are expected to attend.

The location of the burial remains unclear, with Mugabe’s family and President Emmerson Mnangagwa’s government apparently at odds over whether it would be at his homestead 85km northwest of Harare or at a shrine for liberation heroes in the capital.- AFP