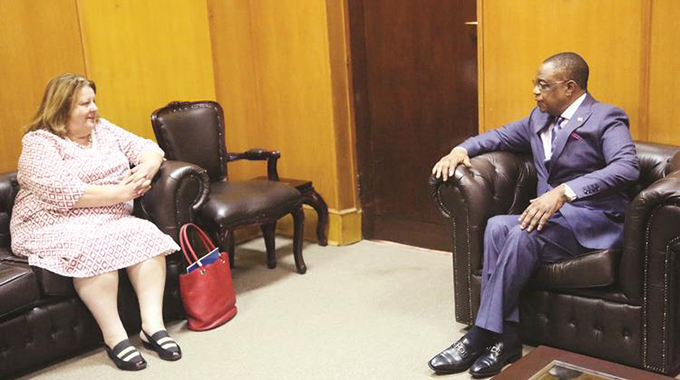 Man of the moment VP Chiwenga continued to perform his executive duties yesterday while his estranged wife Marry was having a field day in court.

Ms Ribeiro pledged to continue working closely with the Government and rendering humanitarian assistance after paying a courtesy call on Vice President Constantino Chiwenga at his offices in Harare yesterday.

“I was received by the Vice President today (yesterday) and it’s my first time meeting him as the new UN Resident Coordinator here. Most of our conversation was around the humanitarian situation in Zimbabwe, the food security situation in Zimbabwe and in some way it is quite a precarious situation givenAdvertisementthe impact of drought and climate change in Zimbabwe

“So we had some very good discussions about how we could move forward towards what Government is doing. I also shared with the Vice President the current stages for the plans of the humanitarian assistance for 2020 in Zimbabwe,” she said.

Meanwhile his ex wife Marry is currently behind bars following a dramatic arrest by the Zimbabwe Anti-Corruption Commission on Saturday night.

Mary who is facing a myriad of charges including fraud, externalizing foreign currency, money laundering and the attempted murder of the Vice President was remanded in custody to December 30, 2019 yesterday after she was considered a flight risk.

The VP hasn’t spoken on record concerning the dramatic collapse of his marriage to the former model.