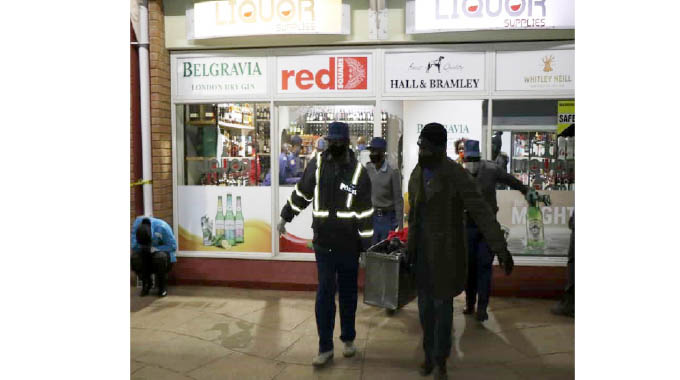 A woman employed at Liquor Supplies at Ascot Shopping Centre in Bulawayo reportedly died when she was shot during an armed robbery last night.

When Sunday News arrived at the scene, police were still removing her body and had cordoned off the area.

Distraught workers were seen seated on the floor in the outlet while the police were recording statements.

Sources said the employee was shot in the head and died on the spot.

They said the robbers, whose number could not be ascertained, also got away with an undisclosed amount of money and police have since launched a manhunt.

Police and the owner of the outlet could not readily comment on the matter.

Over the past few months, Bulawayo has witnessed an increase in the number of armed robbery cases.