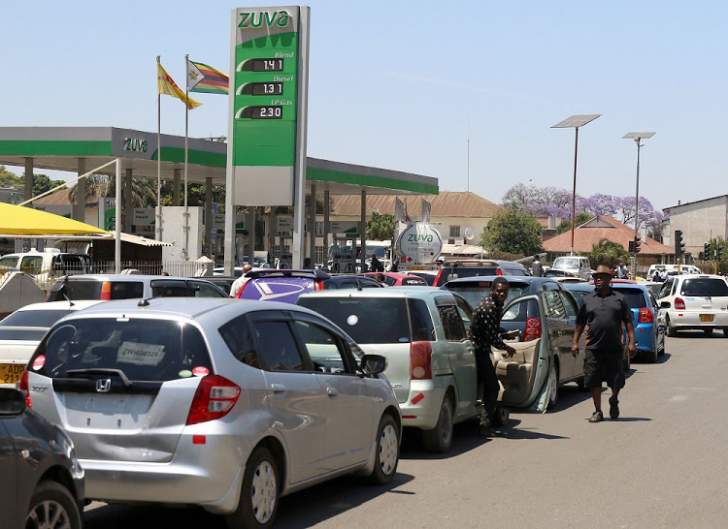 Harare yesterday ahd one of the longest fuel queues in the world with eye witnesses say it stretched up to 2 KM.

Commenting on the video Human Rights lawyer David Coltart said, “Is there anyone truly objective and rational who can sensibly argue that there has been any meaningful change in Zimbabwe since the 2017 coup? This video taken yesterday illustrates my point.”

MDC Deputy National Chairperson Tendai Biti weighed in saying, “Where in the world have you ever seen a 20 km fuel queue. This Mnangagwa fellow and his Mutuvi (Mthuli Ncube)  side kick is a complete disaster. The quintessential definition of failure.”