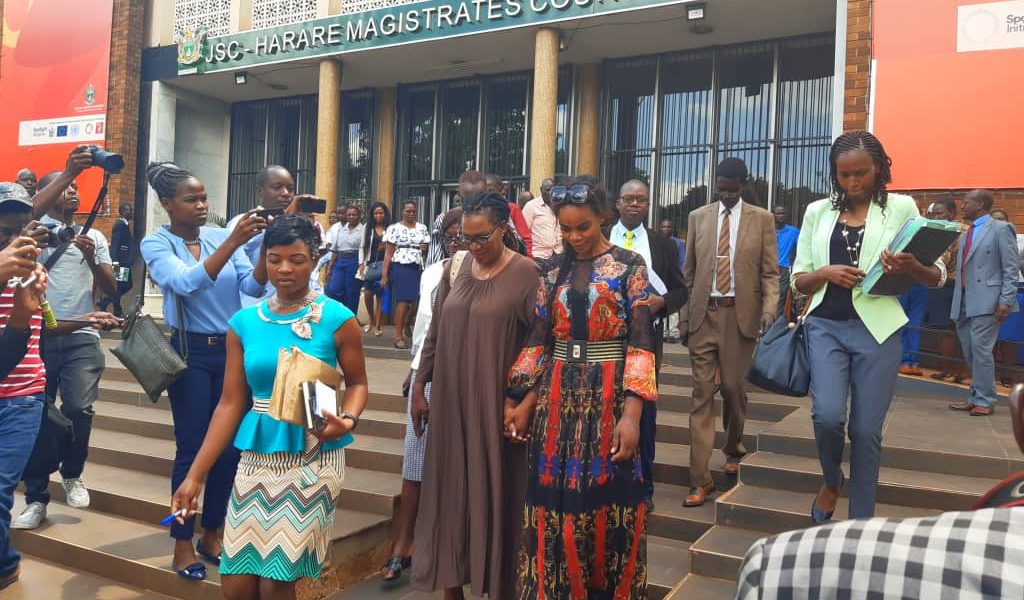 MARRY Mubaiwa’s father has weighed in on her daughter’s arrest on Saturday and subsequent appearance in court on a string of charges to do with fraud, money laundering, and attempted murder of her husband Vice President Constantino Chiwenga.

Marry has since been remanded in custody to 30 December by a Harare magistrate, but can appeal for bail at the High Court.

Mubaiwa, who was described by the state-run Herald newspaper as “the estranged wife” of Chiwenga, waved to journalists as she entered the court’s holding cells.

She however did not have it easy in the court, with State prosecutor Michael Reza indicating the State feared she would proceed with her plans to murder her husband if released. Mr. Reza also said Marry would use her influence and financial resources to interfere with police investigations or flee the country.

Responding to her daughter’s incarceration, veteran football administrator Kenny Mubaiwa said he hoped for justice in the case.

“Justice will prevail, so we don’t need to worry much,” Mubaiwa, a former President of Dynamos Football Club, curtly responded to media outside the courts. Watch the footage below:

Mubaiwa allegedly went to the hospital on July 8, asked the security to leave the room and “while alone” with Chiwenga, she “unlawfully removed the medical intravenous drip as well as a central venous catheter,” causing Chiwenga to bleed profusely, according to the charge sheet.

She forced her husband off the hospital bed and tried to lead him out of the ward before being intercepted by his security details, it was alleged.

Chiwenga later went to China where he received medical treatment for four months and he returned to Zimbabwe in November. On his return from China, Chiwenga said he was suffering from “idiopathic oesophageal stricture”.

Mubaiwa is also accused of laundering about $1m to neighbouring South Africa by pretending to pay for goods that were never brought into Zimbabwe, according to the charges. She was arrested by security forces on Saturday.

She was seen as close to her husband before and immediately after he led the military coup that forced the late former president, Robert Mugabe, to resign in 2017.

Mubaiwa faded from the limelight as she and her husband began to suffer ill-health, both with visibly swollen hands. She has not been seen in public with Chiwenga since he returned from China in November.

President Emmerson Mnangagwa has described fighting corruption as a top priority since assuming power in 2017. But critics and the opposition say an anti-corruption commission is mainly targeting people viewed as dissenters.