Watch : Obama had a crash on Mohadi’s mistress 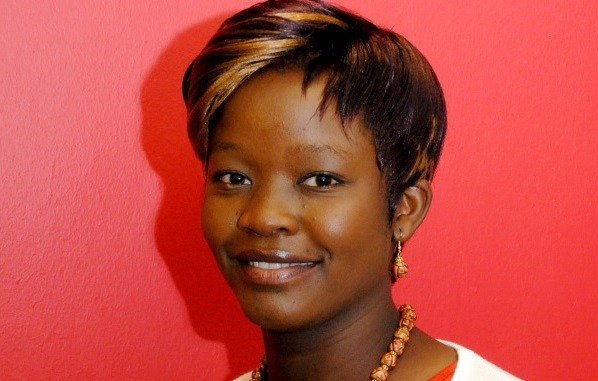 In 2014, Abbigail Muleya who is alleged to be a mistress to Vice President Kembo Mohadi got praises from the then-president of the United States of America Barak Obama for her resilience in the face of hurdles.

Abigal Muleya was drafted into the Mandela Washington Fellowship, a U.S. State Department initiative started by Obama, and travelled to the USA for a rigorous six-week leadership training at Tulane University in New Orleans.

The young lady had to travel two days from rural Binga to Harare, hopping from bus to bus to attend an interview at the U.S. Embassy.

Muleya’s resolve fascinated the U.S. president, leading to him sharing her inspirational story at the end of the fellowship. Obama said in a speech to the fellows:

Across the continent, young men and women set out on a journey in remote villages with no phones and internet, they navigated the back roads and traveled by bus and train to reach larger towns and cities just to get an online application from the program.

And among your ranks is that young woman from Zimbabwe who endured all those rides, so we wanna welcome Abbigal Muleya.

Both Abbigail and her husband Jacob Mumpande are said to be members of the Central Intelligence Organisation (CIO) and they are both attached to Vice President Kembo Mohadi’s office.

Mumpande allegedly dragged his cheating wife and confronted Mohadi at his Milcox Road house in Glen Lorne, Harare, over the affair on Sunday.