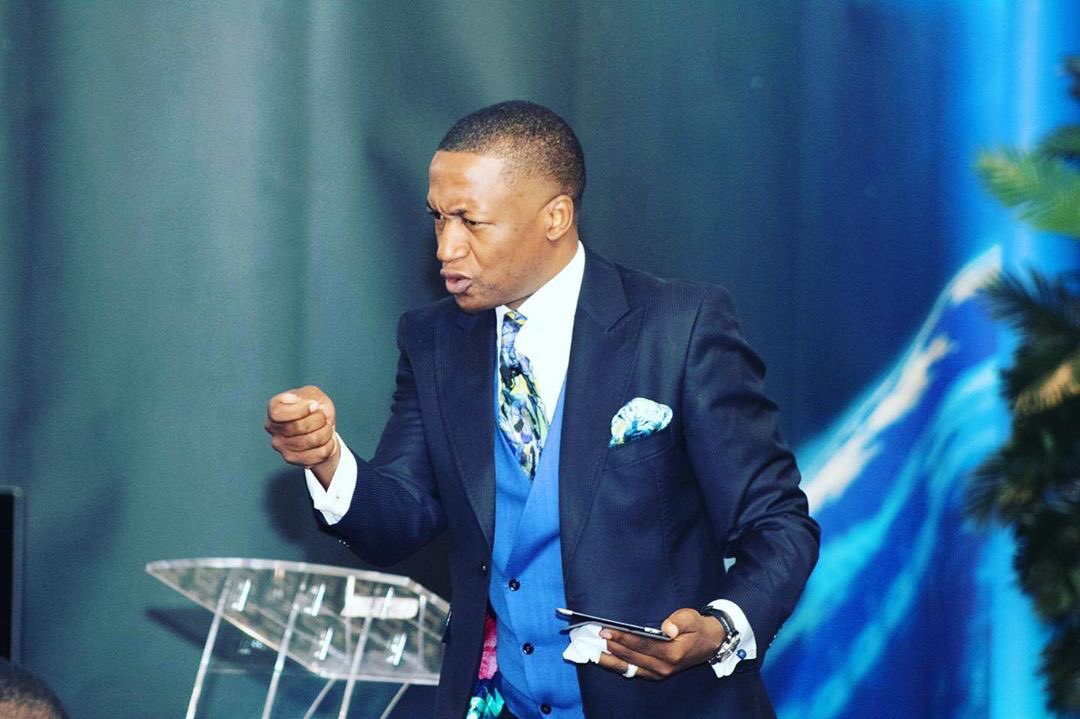 Charismatic evangelical Zimbabwe preacher Prophet Uebert Angel has claimed credit for Arsenal’s 3-2 victory over Liverpool on Sunday, insisting that Liverpool were initially supposed to win the match until his intervention.

Prophet Angel, who also serves as Zimbabwe’s Special Presidential Envoy and Ambassador at Large to the Americas and Europe, made the stunning claims in a video posted on Monday.

The video is said to have been recorded, before the match, during a sermon in London.

During the sermon, the founder of the Spirit Embassy: Goodnews Church declared that he had foreseen the final scoreline of the game and that Liverpool would win.

He, however, added that God would change the result of the match. Said the Zimbabwe prophet,

“Should God go by votes, or should he go by City?

“Since we are in London, this is the score. I can stand here and see Liverpool winning and then be able to change it. The scores are like this, 3-2. I said 3-2, 3-2. Arsenal is winning.”

Prophet Uebert Angel then said that God changed the game’s score to allow Arsenal to win for three reasons.

“The ability to change a team’s scoring, somebody would think it’s a joke, it’s a lie, how can somebody be able to do that?

“Number one, God does it to prove he knows everything.

“Number two, God knows they are 3.5 billion fans in football so that means he’s capacity to reach more has increased. That means it’s a soul-winning ground is now on.

“Number three, he’s just telling you if I know about soccer I will know about your life and you fail to get it.”

https://www.youtube.com/embed/HCs39_y6svs
Unsurprisingly, the video received a lot of engagement on social media with mixed reactions.

Some people questioned the timing of the video, arguing that it should have been posted before the match and not after, like what happened.

However, others, particularly followers of the prophet, applauded his prophecy and called him a true “Man of God.”

Why are these things mentioned a day after the game 😂😂😂 Why wasn’t this posted on Saturday?

Guys think of it as a way of soul-winning. Yes, it might not edify you but just think of the souls that are going to come to Christ because of what he just said. People are now actually interested in going to church because of this video. Think of the bigger picture and don’t just think ah, how does it benefit me? Think how many lives have been impacted.

He talking as if he changed the scores even a sorcerer can do that anyway. We on top of the league.

God is all about winning souls and he knows everything. If he can tell His servant @uebertangel to decide and Prophecy results and the exact scores of a football match before it’s played in London, UK just to prove to you that he cares for you, then surely He knows about your life. Trust God. You are loved.