Beijing dismisses claims it was involved in regime change in Zimbabwe, but its footprint on the continent is clearly visible 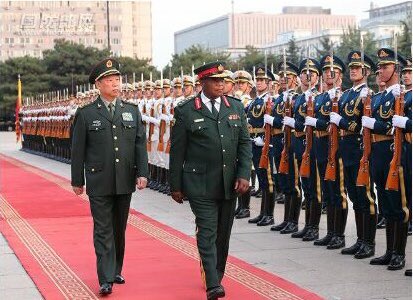 For a man who relied heavily on Chinese weaponry to stay in power, a Chinese-manufactured Type 89 armoured vehicle rolling into central Harare on November 15 must have been an ugly shock.

It had come to depose him, not serve him, and Robert Gabriel Mugabe knew his game was finally up.

Even bedecked with grinning soldiers and citizenry, the armoured vehicle was as much a symbol of oppression as liberation.

It also triggered debate about the role China would have in Zimbabwe’s future, as well as its wider role on the continent.

Mugabe’s downfall is knitted firmly into the story of Beijing’s increasingly active engagement on the world stage, notably in countries where Western nations have fallen out of favour.

China is bankrolling an impressive array of projects across Africa, everything from car factories to bridges, and expanding its military footprint in step with numerous weapons deals and training exercises.

Racist attacks in India give China the edge in Africa 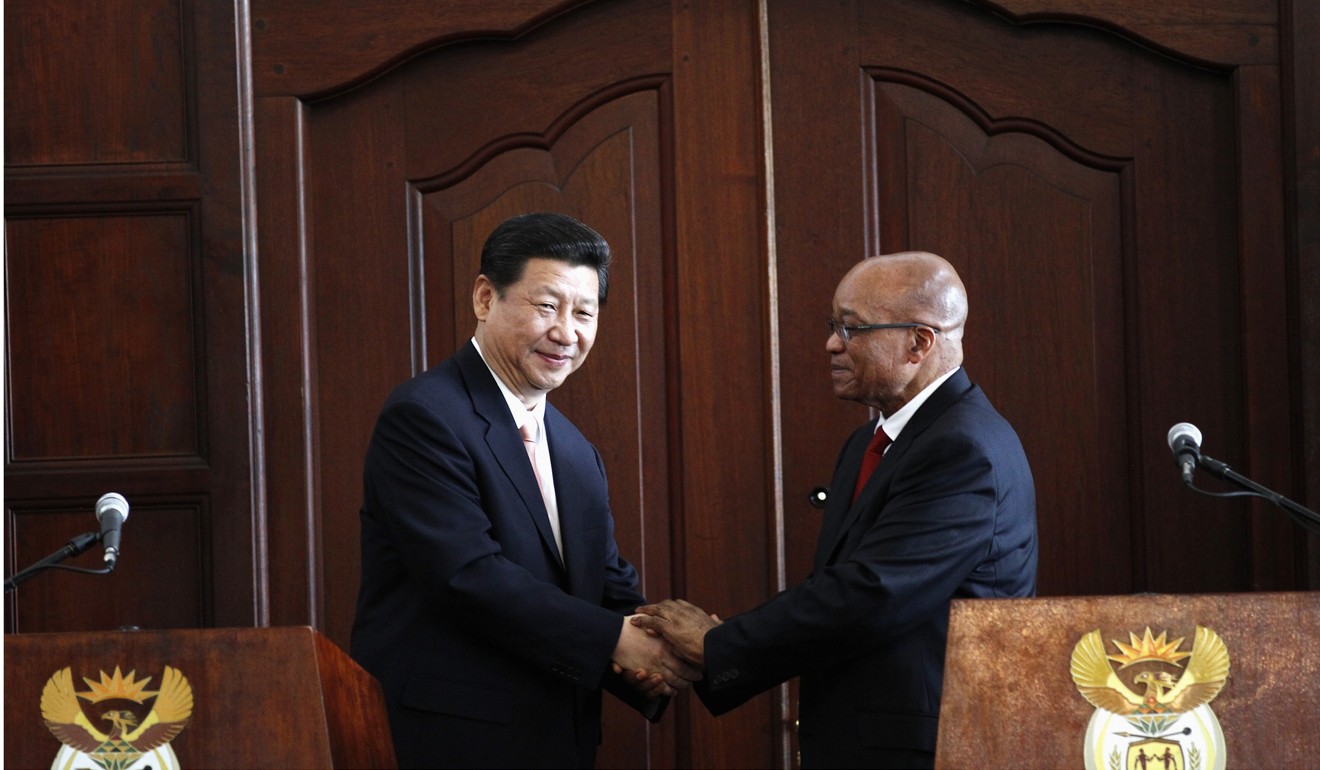 In East Africa, China is bankrolling a massive new infrastructure project that will connect South Sudan, Ethiopia and Kenya through roadways, railways and oil pipelines. It has spent about US$9.9 billion on intra-city rail infrastructure in East Africa since 2000, CNN estimates.

In West Africa, China plans to invest US$40 billion in Nigeria, on the back of about US$46 billion already invested, Chinese Foreign Minister Wang Yi announced this year.

In June, South Africa’s Standard Bank announced “the world’s first dedicated” Africa China Banking Centre in Johannesburg. The bank, which 10 years ago sold a 20 per cent stake to the Industrial and Commercial Bank of China, plans to extend credit lines into Kenya, Zambia, Nigeria and Ghana before the end of the year.

In August, China officially opened its first overseas military base in Djibouti, in the Horn of Africa, to serve as a base for peacekeeping and anti-piracy missions.

Zimbabwe was also among the recipients of Chinese largesse. China last year agreed to build a new 650-seat parliament in the country. Beijing has strongly rejected conspiracy theories suggesting the coup plotters had obtained superpower blessing before the big day.

“It is beyond obvious that the purpose of certain elements trying to link the Zimbabwe political crisis with China is to undermine China’s image and to drive a wedge between China and Africa,” fumed a statement from the Chinese embassy in South Africa a few days after Mugabe’s downfall.

Reports that it played a role in the coup were “self-contradictory, full of logical fallacies and filled with evil intentions”, the statement read.

But the narrative that meddling foreigners were at it again, pulling puppet strings and carving out yet another compliant regime to suit their neo-colonial agenda, is a strong one, mined with memories of a cold war arm-wrestle between superpowers south of the Sahara. 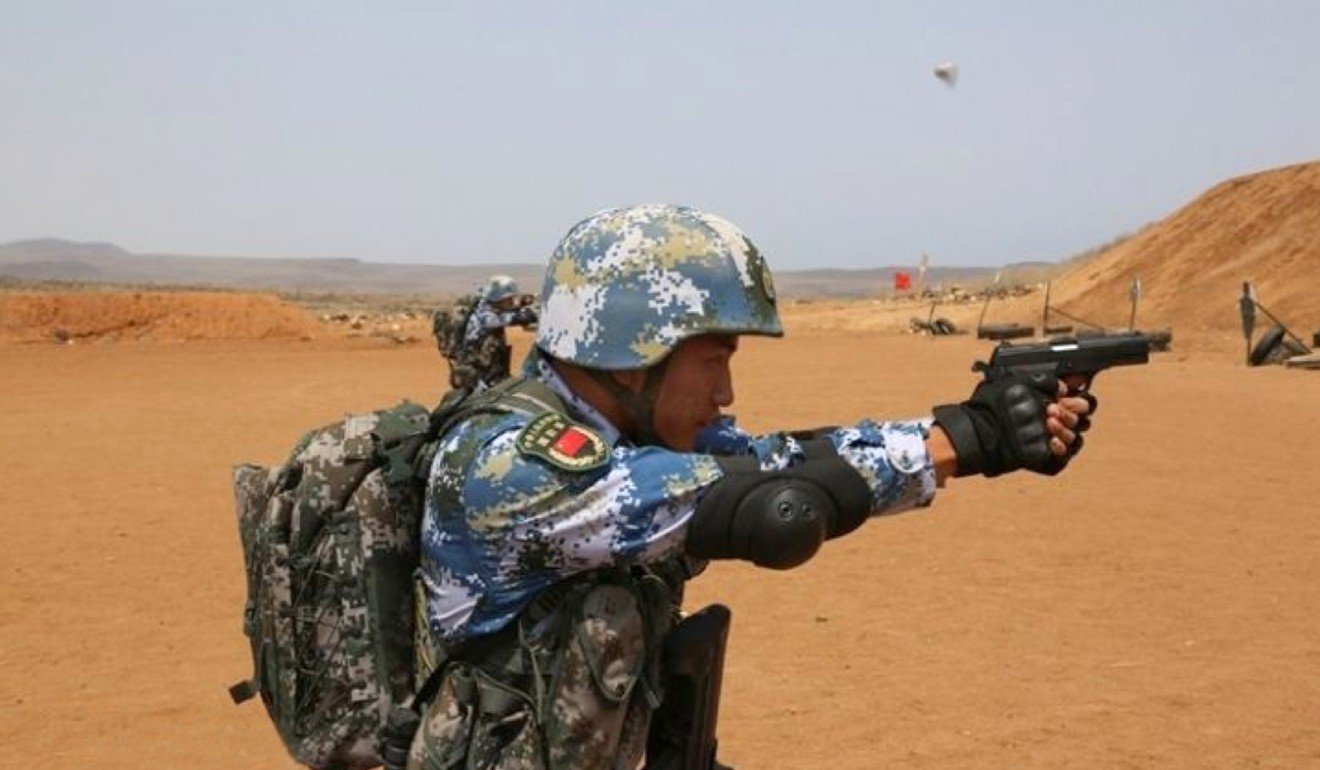 Chris Alden, a professor and sinologist at the London School of Economics, says China’s growing influence in Africa, particularly with states alienated from the West, has prompted debate over whether China is encouraging non-democratic practices and fostering regimes that systematically violate human rights. Alden says “the linkage is not as obvious as it seems” in that China is not necessarily a passive money lender behind the scenes.

“The outcome of that relatively easy access given to Chinese interests in these isolated or embattled regimes often turns out to be a closer intertwining of their interests with China’s, even to the point where China uses diplomatic resources to protect it,” he says.

A case in point is Sudan, where Beijing “took active measures to pressure Khartoum to change its domestic policies”, Alden says, referring to China being able to pressure Sudan to deploy troops to an UN-African Union peacekeeping force.

Another often cited example of Beijing’s influence is the South African government’s decision in September 2014 to deny a visa to exiled Tibetan leader the Dalai Lama, a move widely believed to illustrate Pretoria’s fear of annoying an important paymaster. South African President Jacob Zuma has fast-tracked business ties with Beijing on the back of joining as the fifth member of BRICS, the grouping of emerging market nations with intra-group trade of about 3.6 trillion rand (US$263.31 billion). 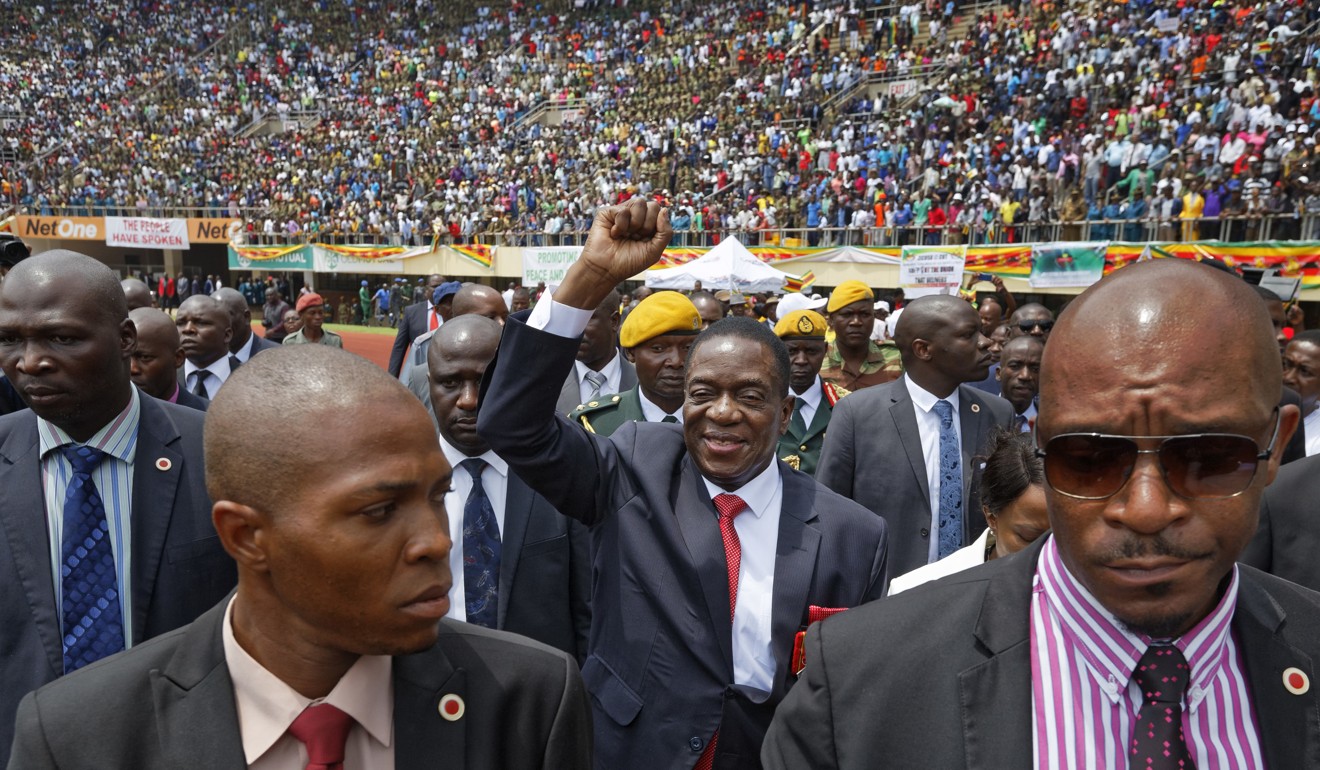 China and Zimbabwe have been equally close, a relationship likely to continue under newly installed president Emmerson Mnangagwa, who received military training in China. As defence minister in Mugabe’s cabinet, Mnangagwa and his generals displayed a healthy appetite for Chinese small arms and equipment, including AK-47 assault rifles, uniforms and trucks.

Derek Matyszak, a Zimbabwe-based consultant for the Institute for Security Studies, says outside pressure may have emboldened forces of change within the country.

“Mnangagwa has always enjoyed good relations with the Chinese authorities and many believed that Mnangagwa was their favoured successor to Mugabe,” he says.

Beijing is believed to have been angered over the succession row in Zimbabwe after Mugabe fired Mnangagwa as vice-president, setting up first lady Grace Mugabe to be his successor, in the lead up to the coup, Matyszak says.

“The Chinese are also believed to have specifically told Mugabe that many investment projects and financial assistance would be withheld until the succession issue was resolved, as the failure by Mugabe to attend to this issue was believed to create a risk of political and economic instability. With this obstacle seemingly removed, the way now seems clear for increased Chinese investment and financial assistance – both of which are desperately needed by Zimbabwe’s failing economy.”

For Peter Fabricius, consultant to the South African Institute for Security Studies, China’s emergence on the world stage coincides with new areas of common interest between the West and China. He cites Djibouti and Mali, where China and Western powers have managed to work together. “When it comes to fighting terrorism, piracy, etc, they all perceive a common purpose and are able to work together,” he says.

Zimbabwe could serve as a further litmus test for pragmatic detente between the global merchants of power and influence.

“China and the West have always had the same economic interest in Zimbabwe and that is a stable economic environment which will assure investors of a return on their investment,” Fabricius says.