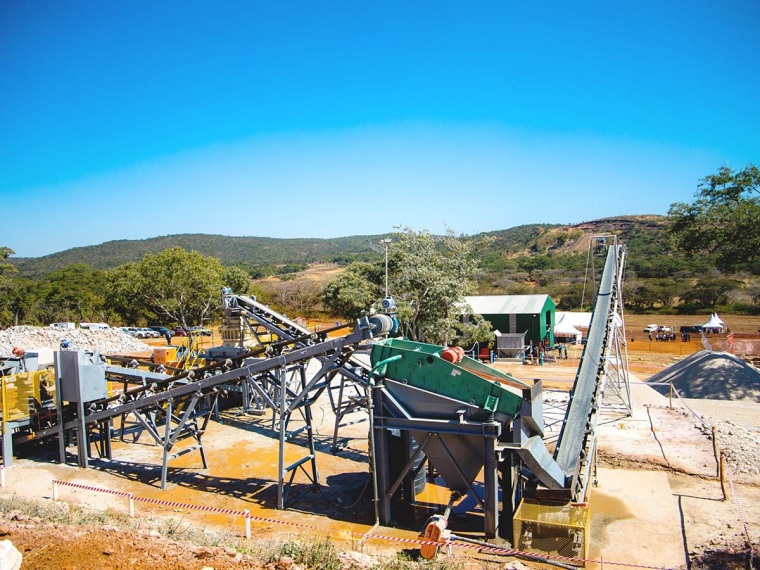 Huayou, one of the world’s biggest companies in the battery metals business, has announced a deal to buy Prospect Resources, which is developing a lithium mine in Zimbabwe. The deal will see the Chinese giant paying US$422 million for Prospect shares.

Huayou is the world’s biggest producer of cobalt, a metal used in EV batteries. It has assets of close to US$8 billion and made US$2.1 billion in revenue between January and June this year.

Prospect is listed on the Australian Stock Exchange and has been developing Arcadia mine in Goromonzi.

It is no surprise to see a Chinese firm winning the bid for the project.

Chinese companies are buying up lithium projects around the world to secure supplies. By October, Chinese firms had bought 6.4 million tonnes of lithium resources in 2021. That almost matches the 6.8 Mt bought by all other companies in 2020. Chinese battery makers won bids worth US$1.58 billion in 2021, according to S&P Global Market Intelligence.

Here, we summarise how Prospect got here, what the deal entails, and what happens going forward. This report contains several links to our previous reporting on Prospect’s progress towards the sale.

2018: Prospect breaks ground at its mine site at Goromonzi, announcing an ambition to build what could be Africa’s biggest lithium project. The site sits on a farm where, decades earlier, explorers from a British firm, Atomic Energy Authority, had dug around searching for beryl, a mineral in hot demand at the time for alloys to make everything from springs to aircraft and missiles.

Soon after, Prospect ships its first 100kg samples of its 99.5% battery-grade lithium carbonate, for distribution to potential offtake partners for evaluation. The company also announces plans to process lithium hydroxide, used in the manufacture of battery cathodes..

2019: Prospect gets Special Economic Zone status, which gives it generous tax holidays and lowers the cost of developing the project. The company signs an offtake agreement with Sinomine, which guarantees that it will have a market for some of its lithium once production starts.

Prospect considers selling the mine to a bigger investor able to take the project forward. The company appoints leading investment bank Renaissance Capital as its advisor on the possible sale of its interests in the Arcadia lithium mine to Russian energy firm Uranium One.

2020: Prospect signs a seven-year deal to supply petalite to Sibelco, the largest distributor of the metal in Europe and one of the world’s largest glass-ceramic manufacturers. With the Sibelco deal, all of the petalite that Prospect will produce from Arcadia lithium mine in the first seven years now has guaranteed buyers. In 2021, Prospect builds its first pilot plant and ships its first samples of petalite in Sibelco.

2021: Prospect decides to go a different route on seeking a new investor. They open up a bidding process, banking on demand for such assets from larger lithium developers. Out of seven bidders, the company decides to go with Huayou. The Chinese company is the world’s biggest producer of cobalt, one of the key components in batteries. It has also recently bought up lithium mines and battery manufacturers.

Huayou chairman Chen Xuehua said the acquisition is part of his company’s strategy to build its battery materials arm.

“The acquisition of Arcadia complements our existing battery metal mining operations in southern Africa and represents a logical transaction for Huayou as we continue to build a new energy materials business division.”

Huayou will pay US$377.8 million to Prospect for its 87%. Minority shareholders Tamari Trust, owned by veteran mining investor Paul Chimbodza, and Kingston Kajese, who holds 6%, will walk away with US$44.2 million for their combined 13% interest.

Is it a good deal?

While the country’s rich resources are an attraction, Zimbabwe’s risk profile makes it harder for companies such as Prospect to raise capital on the world markets. It is not unusual for “junior miners”, with a bigger appetite for risk, to explore markets such as Zimbabwe, and then sell to bigger players after doing all the legwork.

By June, Prospect had spent US$25.7 million on exploration and evaluation on Arcadia, according to its financials. Now they are getting US$378 million for their 87% stake in the project, a good deal for them. The price per share Huayou paid was a 78% premium on Prospect’s 10-day average share price.

For the buyer, Huayou, this is also a good deal. Earlier this month, Prospect said a direct optimised feasibility study showed improved economic returns. The site has resources for a 2.4 million tonne per annum capacity plant. Will it be profitable? The study showed post-tax net present value (NPV) and internal rate of return (IRR) of US$929 million and 60% respectively. Broadly, NPV and IRR are measures used in such capital budgeting to evaluate the profitability of an investment.

Arcadia has an 18-year life of mine. Earnings over the period are estimated at US$175 million per year, based on forecast lithium prices.

Argentina mines also bought by large corporations include Rincon and Neo Lithium. Rio Tinto this year bought Rincon for US$825 million. Rincon has total resource of 11.77 million tonnes lithium carbonate equivalent (LCE), compared to 1.24mt at Prospect. In South America, lithium is extracted from brine – large salt pans – whereas in Zimbabwe, the lithium is mined from hard rock, making it more expensive to mine.

Petalite is used in the glass and ceramics industry.

Why not just set up battery factory in Zimbabwe?

South American companies Argentina, Bolivia, Brazil and Chile produce the most lithium, but battery manufacturers have not set up factories there. All these countries have discovered that convincing producers, most of them Chinese, to shift from Asia is not easy. These countries are now focused instead on exporting concentrates.

Firstly, while they are called lithium batteries, the batteries also comprise other components. These include cobalt, nickel and copper. A manufacturer would also have to import cells and other components from China.

Secondly, battery makers told South American lithium countries that they want to produce batteries near the markets. Producing batteries in South America, or now in Zimbabwe, and having to ship them to Asia would make them more expensive.

Lithium battery dreams get a rude awakening in South America

Manufacturers also want more lithium than a single market can provide. In Chile, manufacturer POSCO needed 14 231 tonnes of lithium hydroxide, increasingly preferred for making EV battery cathodes. Chile, which has some of the world’s biggest resources, could not match that demand enough for POSCO to set up there.

An EV battery factory in Zimbabwe is equally unlikely.

At a 2018 mining conference, Wilfried Pabst, chair of Southern African Metals & Minerals, majority owner of lithium developer Bikita Minerals, burst the bubble of executives and government officials who were expecting battery factories in Zimbabwe. Lithium accounts for just 7% of some EV batteries, he told them.

“Let’s get real. It’s not going to happen,” he said.- NewZWire