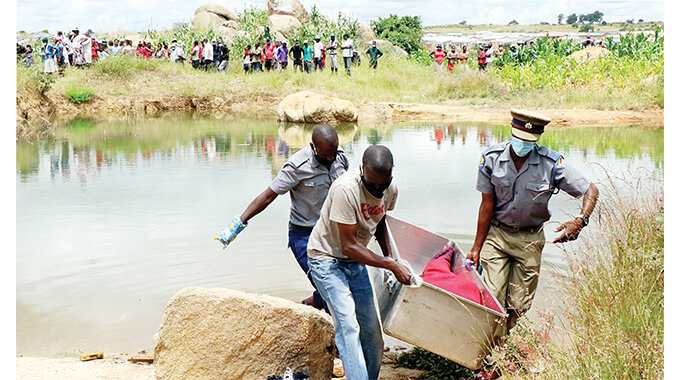 Mr Peter Simon Berry of Vainona in Harare is in trouble by the family of his 86-year-old domestic worker who was found dead in his backyard cabin on Tuesday.

H-Metro reports that, Margaret Muzanago Sibanda, who has been working for the Berry family for 57 years, was reported to have been denied access to health care and ablution facilities as well as payment for years.

She was found dead by the Berrys’ gardener only identified as Simon clad in her uniforms.

In ire, the Muzanago family dumped her belongings in protest against the alleged abuse of Gogo Margaret under the mercy of her white man Paul Simon Berry.
Reports say Gogo Margaret had one child Christopher Muzanago who also worked as a gardener at Berry’sBerry’s house in Vainona.
He died at the same house in 2012.
The late Gogo Margaret is also said to have refused to remove Christopher’sChristopher’s belongings from the room he used to occupy over unpaid salaries.
Berry told H-Metro that he was not in a position to give his side of the story referring questions to one of his relative only identified as Mary.
“”Sorry we are mourning, get in touch with Mary,”” said Berry.
Muzanago family spokesperson Leticia Muzanago, 32, narrated to H-Metro the ill-treatment Gogo Margaret under went as a maid since 1964 when she started working for Berry family.
“”Gogo died a poor person under the roof of a rich family,”” said Muzanago.
“”She passed on wearing her kitchen uniform in a cabin room located between the two better houses belonging to Berry and his son.
“”She started working for the Berry family in 1964 in Gweru and when her first employer who happen to be the present Berry’sBerry’s parents died she was taken to Vainona in Harare in 2008 to work for the son Paul Simon Berry.
“”Gogo had agreed with her employer that she wanted them to keep her salaries till they buy a house for her.
“”Paul promised to pay for a Gweru residential stand three years ago but nothing materialized.
“”She was never taken to medical doctors but had to continue working while sick.
“”I visited her many times and discover that she was no longer had energy to visit a toilet which some meters away from her cabin.
“”She had to do a bucket system till her time of death.
“”When she died they were quick to call a funeral parlour to remove the body without engaging any of us,”” said Muzanago.
When H-Metro visited the house, one Mary was ordering Muzanago to hire a lorry and remove all belongings of Gogo Margaret and that of her late son Christopher Muzanago and take them to their home village in Chirumhanzu.
“”Hire a lorry and collect everything of Margaret and that of her late son,”” said Mary.
In an interview, Mary told H-Metro that Margaret was very lucky to have worked for a caring family who would never do anything against her wishes.
“”Margaret refused to go to the doctor so we always had to organise a house visit which was very costly,”” said Mary.
“”Margaret was well looked after by my partner’spartner’s brother Paul.
“”Paul organised his maid to cook for Margaret every day.
“”I tried to persuade Margaret to move into a room where her late son Christopher used to stay which was close to the toilet and shower in the staff quarters but she refused.
“”In that room there is her double bed which was given to her by Paul’sPaul’s mother and a cupboard which belonged to Christopher.
“”When Paul’sPaul’s mother died she should have gone back to Chilimanzi but she would not go.
“”When I met her about 11 years ago, she would spend all day in the kitchen roasting chicken and boiling water.
“”The kitchen is tiny and there was no space for anyone else! I ended up persuading Peter to buy a small stove which we put in the cottage.
“”However thanks to Covid Margaret was told to stay in her cottage,”” said Mary refusing to answer on salaries issue.
Gogo Margaret’sMargaret’s body was not taken for post-mortem and Covid-19 tests but to a funeral parlour and straight to Chirumhanzu village on Wednesday.