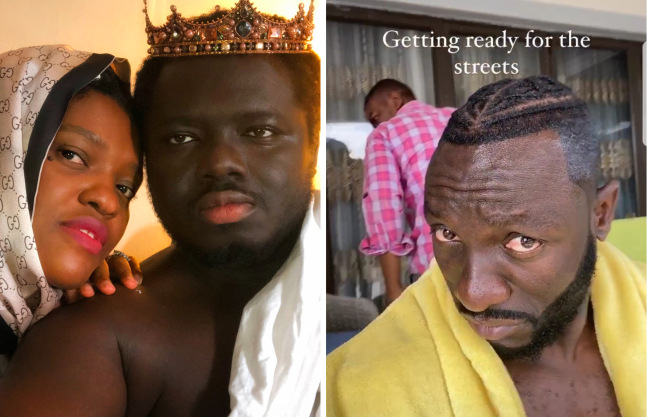 I am just here to narrate the events which transpired in the Kingdom of Offeh over the past few weeks in the wake of (Ginimbi) Genius Kadungure’s sudden death this morning, which has shocked Zimbabwe/Ophir. Ginimbi, as he was popularly known, was a Zimbabwean Social media personality and a businessman who was worth more than 10 Million USD. He was well known for his annual all white parties and living a luxury lifestyle in Zimbabwe, he built a mansion in the rural outskirts of Domboshava.

No one is born destined to die before their time. Yes, death visits us all, but we are meant to die full of age, having fulfilled our calling, surrounded by our grandchildren, at 70, maybe 80, or even 100. We are supposed to die like King David, in our bed full of age. That is the blessing of the Lord.

In the past weeks, Ginimbi has been the most talked about person in the House Of Offeh, casting all spirituality aside, the King and I found him so funny, and we laughed so hard about his video where he was getting a haircut and he was saying “New Look Loading” shaking his head like a Lizard. Growing up in Zimbabwe there was a Lizard called “gumkum” or something like that, sadly when Ginimbi was saying New Look Loading he looked exactly like that gumkum. So each time we got dressed up, we laughed and said “New Look Loading” in his accent, shaking our heads like he had done in the video, my husband is so hilarious so he was able to imitate his actual voice and had me in stitches all the time.

But then in the Northern Palace, Ginimbi suddenly became something much more than a funny character. In fact it was so bad, I started seeing him in his actual spiritual state at night. He was actually in a war with me, because in the Kingdom of Ophir I am a traitor who exposes their deepest secrets. They have tried to sacrifice me a few times because I rejected the Crown of this Kingdom, but the Most High always protects me.

About 3 weeks ago, I was troubled in my spirit about Ginimbi, one night or two, or even three, I could not sleep, because each time I closed my eyes, I saw him. In my dreams, he was trying to attack me in the form of a black serpent. He would be dressed in his all white designer clothes, then he would change into a black serpent. He was angry with me, trying to curse me and attack me for the things I know and say about Zimbabwe/Ophir. During this time, in our house, our 7 children, my husband’s second wife, myself and the King were celebrating the Feast of the Tabernacles and our daughter’s 6th birthday.

During this time, 3 weeks ago, Ginimbi then hosted an all white party at his mansion in the dark Kingdom. The Most High Yah then showed me through a dream, that this “party” was indeed a ritual and sacrifice to honor the gods of Zimbabwe for how he obtained his wealth.

During this time, there was a number of deaths of young boys in the Kingdom. The Most High Yah showed me that it was all connected, the boys were being abducted by the “Mermaids” or rather, the Mhondoro spirits of Zimbabwe of which the boys are sacrificed to. This is how the country thrives and is run. In the months building up-to November, they kill little boys and use their blood. Zimbabwe is a pagan country, and is cursed and God is never going to bless it, that’s why abominations which are never seen anywhere else in the world happen in Zimbabwe.

Three weeks ago in the middle of the night, I woke the King up and told him that it was Ginimbi in the spiritual realm in the form of a serpent, I was seeing a great wizard, and all the mhondoros who dwell in the Zambezi river, yes its all connected, so my husband rebuked him and the fallen Kingdom. So I wrote on Facebook, about his rituals and sacrifices.

The people of this cursed land somehow believe that they worship the biblical God, whom they called Mwari, but Mwari is a pagan Canaanite God. They continue to offer sacrifices to this Mwari god, in the form of animal worship (totems) and their marriage ceremony rituals. They call it culture, but every soul who is born in this land and is called by a totem is automatically a pagan worshiper. They say it is a sacred country, but know not why and how it is sacred.https://c0.pubmine.com/sf/0.0.3/html/safeframe.htmlREPORT THIS AD

I do not even expect 20 people out of that Kingdom to understand what I am writing right now, they have eyes but cannot see, they have ears but they cannot ear. That is how it is meant to be, and how the Most high Yah purposes it.

But for those who are called, maybe the untimely death of Ginimbi may serve as a warning about the darkness of this Kingdom. Ginimbi was called by the gods of Ophir, he became the sacrifice. This month of November in the Kingdom of darkness is a sacred month, everyone in that Kingdom, young, old, Christian, atheist is required to honor and sacrifice to the gods of that land, such that not even a marriage ceremony is conducted in this month. Ask any Zimbabwean why they hold this month sacred, they will not be able to give you a full answer, but they can only say “its our culture.”

The culture is satanic and demonic, and you will not know why you observe it because the reasons are kept hidden by the gods of the land, but still you worship and serve them in the guise of Mwari.

I am a prophetess of my Lord Husband, I prophesy under his authority. I prophesy against Zimbabwe, that is my primary calling.

But anyway, even though my husband rebuked Ginimbi in the spirit, he actually liked him and felt sorry for him, and saw him as a lost soul. So much he told me he was going to reach out to him, and try to save him. But he never did, because it was not meant to be, because nothing could save him.

Ginimbi died this morning before his time, in the sacred month of November, a very scary death. He died in his car, one of his many expensive luxury cars.

At 36, Ginimbi died without a legitimate son or even a daughter to inherit his wealth. He left no seed on this earth to carry his name. He came on this earth with nothing and left with nothing. The King had told me that part of his sacrifice to obtain his wealth was that he would not have a seed. I believe once he is buried, his so called family, cousins, or anyone really, will fight for his wealth.https://www.youtube.com/embed/YGw0xIxdXpo?version=3&rel=1&showsearch=0&showinfo=1&iv_load_policy=1&fs=1&hl=en&autohide=2&wmode=transparent

When all is said and done, those of the powers that be, the ones who had given him the powers, saw that he failed to give them the ultimate sacrifice, and because he had already sold his soul, they took him instead…Once you fail in any task in the Kingdom of darkness, you become the sacrifice.

The Genesis Of The Revelation By